The Marist Brothers are an international religious community of more than 4,000 Catholic Brothers dedicated to making Jesus known and loved through the education of young people, especially those most neglected.

Today Marist Brothers are located in 81 countries in North America, Central America, South America, Europe, Africa, Asia, the Middle East, and Oceania. There are over 600,000 young people in Marist schools around the world each year. The Marist Brothers are joined worldwide by more than 70,000 lay men and women who share in their mission.

In the United States there are more than 130 Marist Brothers living in 32 communities across eight states. Marist Brothers strive to make a difference in the world by showing young people that they are loved, safe and cared for. They minister in school settings, parishes, retreats, spiritual accompaniments, at-risk youth settings, young adult ministries, and overseas missions. Marist Brothers serve as educators, counselors, spiritual directors, social workers, youth leaders and missionaries. They strive to influence and transform the lives and situations of thousands of young people through education and spirituality, challenging young people to live their fullest potential in Christ every day.

The Marist Brothers were founded in 1817 by Saint Marcellin Champagnat, a young French priest. He founded the order as a way to combat the illiteracy and spiritual poverty in post- Revolutionary France. St. Marcellin believed God called upon him to help young people, especially those in need. He responded by forming a religious community of Brothers dedicated to educating youth and conveying the love of Jesus Christ through Mary.

Like many children of the time, St. Marcellin did not attend school regularly; the French Revolution wreaked havoc on civic life in that period. Although he was gifted with natural intelligence, St. Marcellin’s lack of formal education caused him to struggle as a seminarian. From those difficulties sprang his educational philosophy, “To educate children you must love them and love them all equally.”

While still in the seminary, St. Marcellin joined a small group of seminarians that pledged themselves to form a new society dedicated to Mary, while also being open to religious and laymen and women alike. Six months after his ordination St. Marcellin encountered a dying teenager who knew little of the Catholic faith. Following this encounter, St. Marcellin founded a religious community called The Little Brothers of Mary — now called The Marist Brothers of the Schools. His goal from this: to make Jesus Christ known and loved through the Christian education of youth, especially the most neglected. 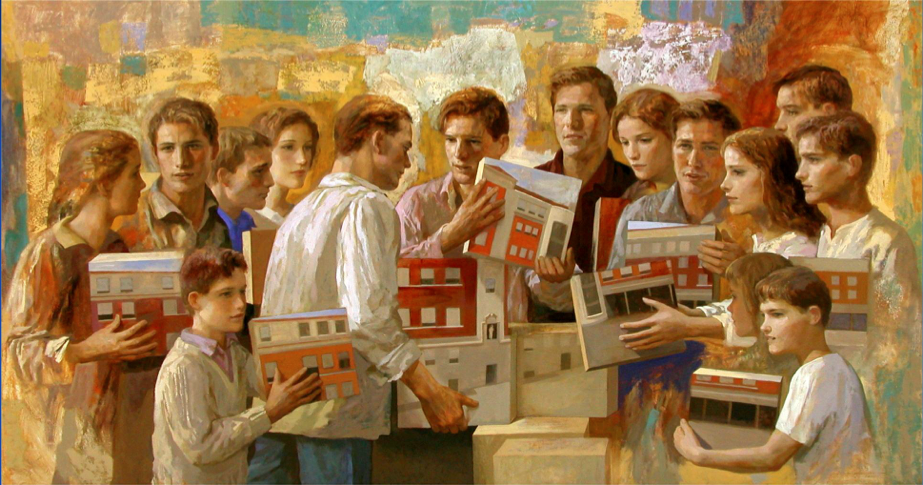