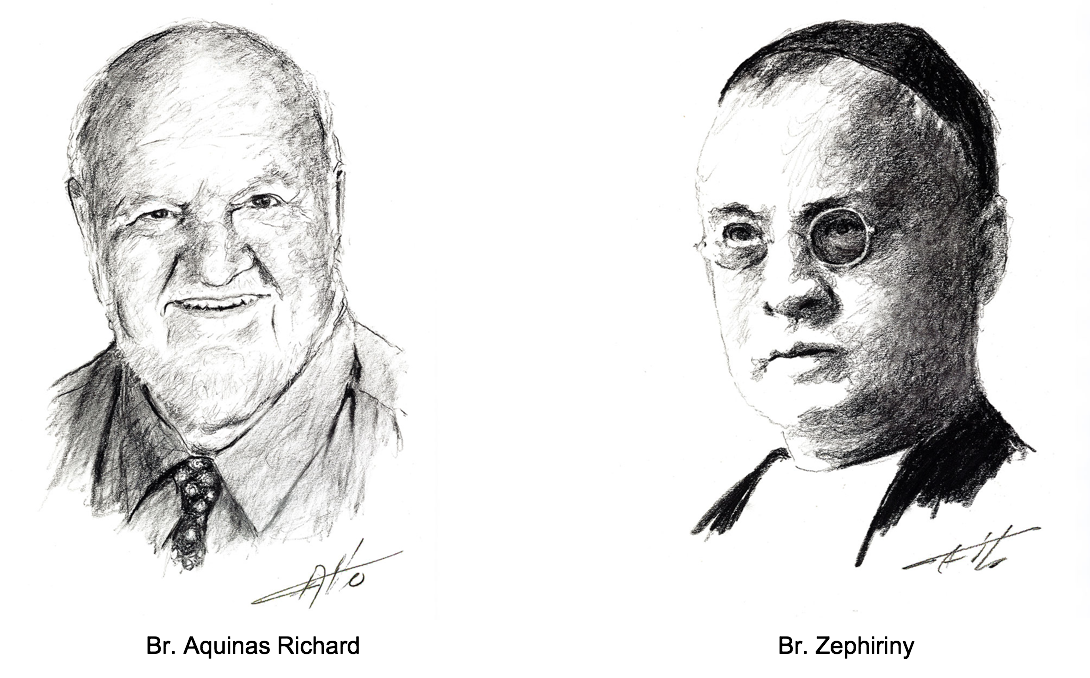 Brother Aquinas Richard entered Postulancy with the Marist Brothers in 1946. He entered the novitiate in 1948 and professed his first vows one year later in Poughkeepsie, NY. After completing his education at Marist College with a BA in Biology in 1952, he began his teaching career at Mt. St. Michael’s Academy in the Bronx. He professed final vows in Esopus in 1954. Brother Aquinas also earned an MA in Biology from Fordham University in 1959. He taught at St. Mary’s in Manhasset, NY from 1956-1960, and then began his long and distinguished career at Molloy as a teacher and Track Coach. Molloy’s track and field teams earned numerous championships during his tenure. He instilled a “never give up” attitude and was known for his “Jog 5, Run 5, Jog 5” workouts. He was inducted into the CHSAA Hall of Fame for his coaching achievements.

In academics, Brother Aquinas is a gifted teacher. He taught biology at Molloy for 30 years, in turn sharing his love of science with generations of students. Though retired from teaching, Brother Aquinas still volunteers his time each morning to prepare and organize the biology lab and helps students one on one during lab assignments as needed. Brother Aquinas continues to inspire and add to his lasting legacy at Molloy each day with his commitment, spirit, and passion. 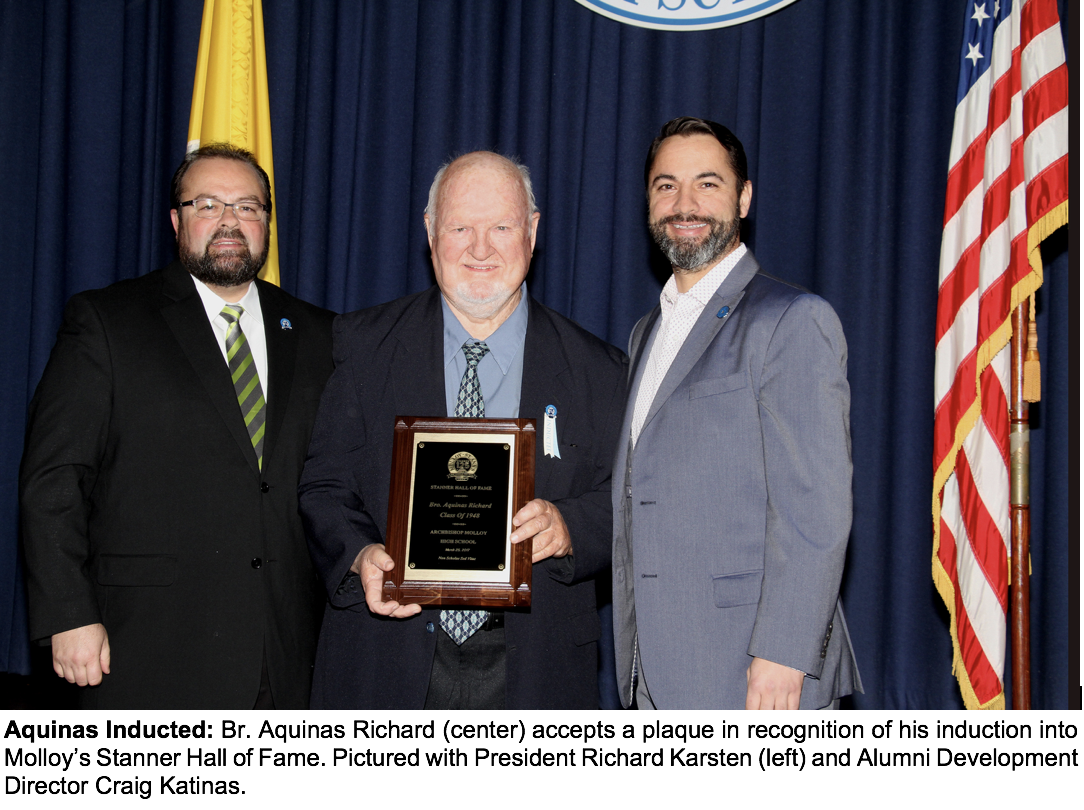 Brother Zephiriny was born Rene’ Martin in Lyon, France on July 1, 1861. He completed his Marist novitiate training in 1881. In 1891, after teaching for eight years, Brother Zephiriny was chosen to found the first Marist school in New York City. He studied English in London for one year in order to prepare, then set across the Atlantic. After first establishing the community at St. Jean Baptiste School, Brother Zephiriny founded St. Ann’s Academy at Lexington Avenue and 76th Street on Manhattan’s Upper East Side. Brother Zephiriny acted as Director of the Academy for twelve years before moving on to direct a different school in 1904.

In 1905, Brother Zephiriny was appointed as Provincial, a role through which he served as the head of the Marist Brothers in North America and oversaw expansion and growth where possible. The New York region remained of particular interest to him, and in turn he focused many of his resources on supporting not only the St. Ann’s community, but fledgling ones in Poughkeepsie and further north in Vermont. Poughkeepsie, just a short distance from Esopus, would later become the home of Marist College.

As founder of St. Ann’s Academy, the “Beehive”, and our motto “Non scholae sed vitae”, Brother Zephiriny is an integral part of Archbishop Molloy High School’s history and a significant reason why Molloy is standing today. 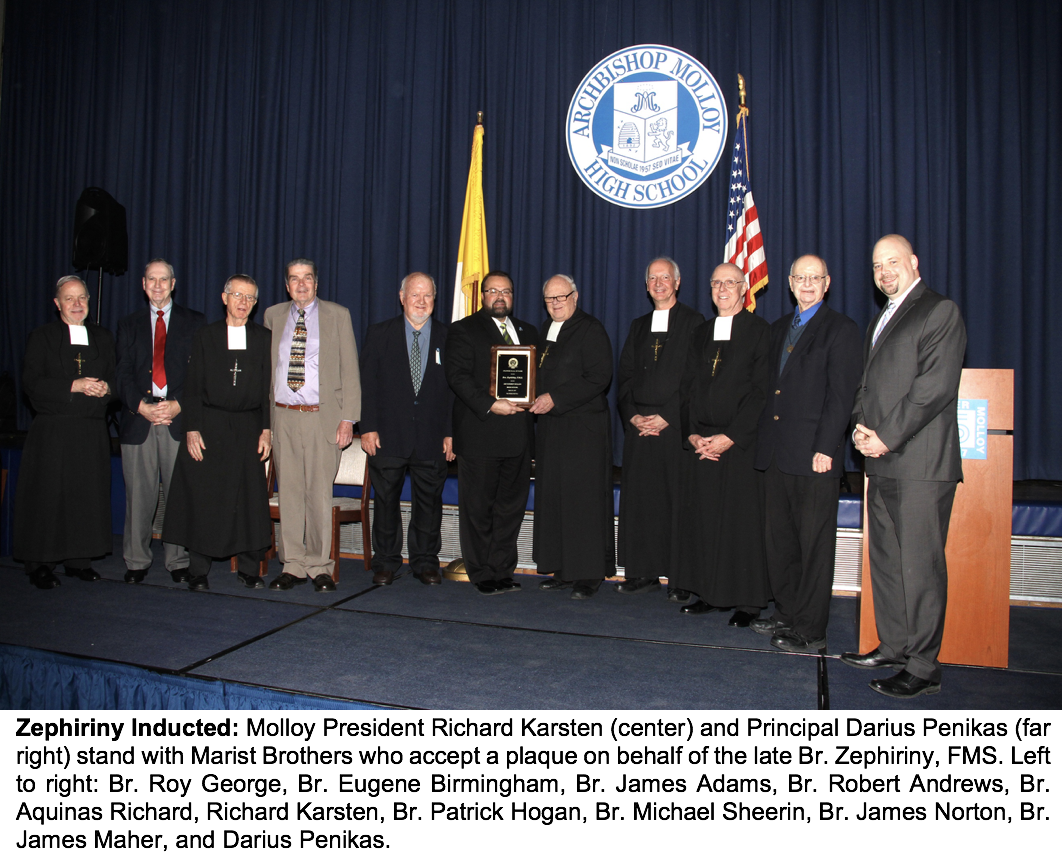 For more information on the Stanner Hall of Fame and a full list of members, visit www.molloyhs.org.

When considering candidates for induction, Molloy’s Selection Committee carefully weighs each individual’s moral character, outstanding academic or athletic achievements, service to the community, and loyalty to their alma mater. Any man or woman inducted into the Stanner Hall of Fame embodies the values reflected in Molloy’s motto, "Not for school but for life." Fame alone is not a sufficient qualifier for induction.