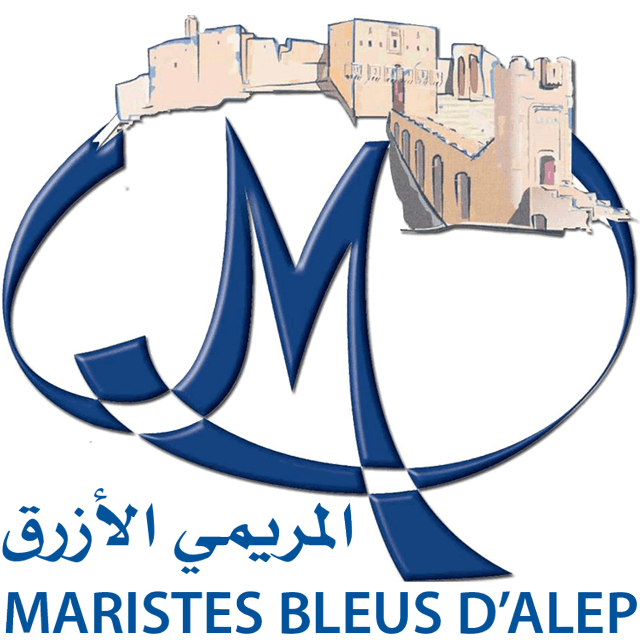 In Syria, the Marist Brothers have been present since 1904 have managed schools and formed thousands of young people in the charism of their founder St. Marcellin Champagnat.

FMSI has been supporting the community of Marist Brothers in Aleppo since July 2012 when the city was put under siege. At the time of the first bombings and raids on the city, the Brothers decided to stay and organized a group of 30 volunteers (young people and adults called “Blue Marists” because of the t-shirt that distinguished them) to assist more than 2000 displaced people in 4 schools provided by the city authorities close to them.

All this time, Br. George Sabè and the Marist volunteers, including Dr. Nabil Antaki, have multiplied the initiatives for the local population. They provide assistance with their basic needs, school support and training to bring to give hope and create a climate of normality for many children and young people even in the midst of the conflict.

With regard to humanitarian aid, the Blue Marist have provided assistance to thousands of displaced families through the distribution of food, hygiene products, clothes and shoes. They supported the medical care for the people who could not be assisted in the overcrowded hospitals and paid the rent for the people who had lost their dwelling. They have distributed powder milk for new-borns and children every month.  In socio educational activities, programs were organized for the school support children and young people, adult literacy courses, vocational training, life skills courses, social promotion activities, training for vulnerable women, and language courses.

As the local situation allowed it, programs were launched to create jobs to enable autonomy for local people from the external aid and encourage reconstruction. In the “Job”, aimed in particular at young people to avoid emigration, gave birth to three laboratories: Heart Made, a tailoring lab where used clothing is recycled, Mary Center, where clothes are made new-borns and Creative Turner, a laboratory where people learn metal work using the lathe.

Through the funding received, the Blue Marists also organize workshops for those who want to create a new activity. After 2 days of seminars, those projects which are considered more feasible in terms of self-sustainability and profitability get financed.

Following the invasion of North-western Syria by the Turkish army that caused the escape of 100.000 people from their homes, the Blue Marists started a project in Shabba camp, 30 km west of Aleppo for 110 displaced families. The Shabba camp project started in April 2018 and it is still ongoing:

Thanks to the program, more than 400 children were able to receive adequate nutrition and continue their growth, receive medical treatment and live in hygienic conditions for their psycho-physical well-being, have access to drinking water and recover from diseases linked to scarcity and bad water conditions.  In addition to assisting with basic needs, children were able to have access to psychological support, educational and recreational activities that allowed their recovery.