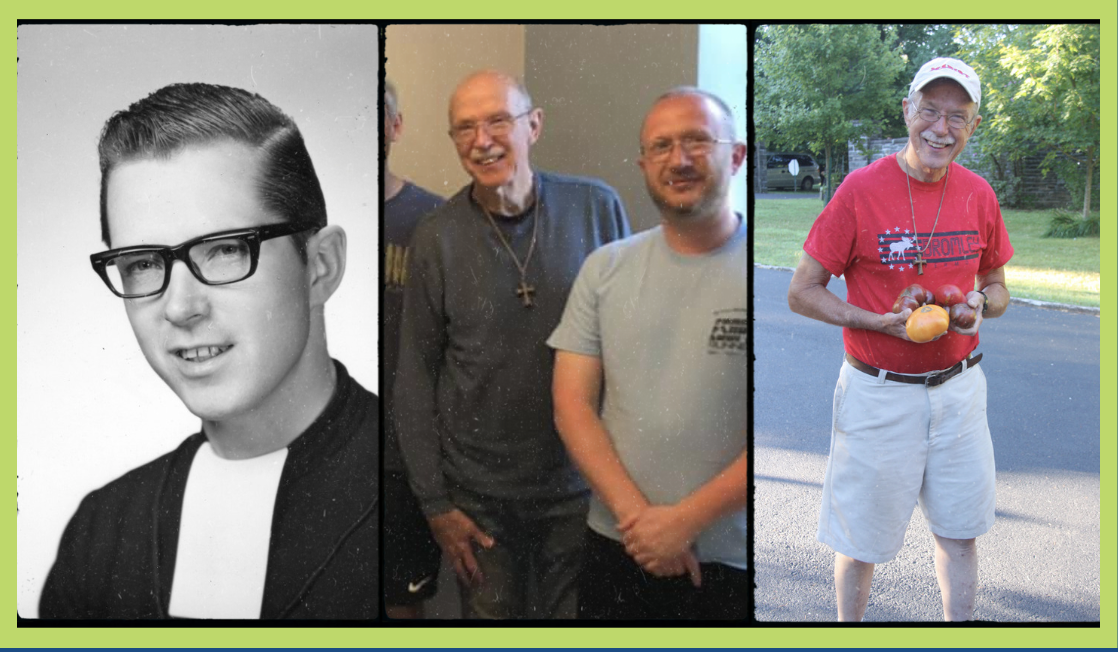 Br. Dave Cooney is celebrating his 60th Jubilee as a Marist Brother this year. He entered the Marist Brothers Novitiate in Esopus, NY in 1962. After taking his first vows in 1963, he attended Marist College for two years and graduated in 1965. He began his teaching career at Ecole Secondaire La Malbaie in Quebec, Canada (1965-1967) and Marist High School in Bayonne, NJ (1967–1972). In 1972, he began working full time with persons with disabilities, and founded the first special needs camp in Esopus. He continued to help coordinate those camps for children with disabilities from 1972-1986. He returned to teaching in 1981 at Sacred Heart School in Bronx, NY. In 1986, he joined three other USA Marist Brothers in establishing our Marist mission in Liberia, West Africa. He returned to the USA in 1993 and worked as a teacher at Queen of Angels School in Newark, NJ. In 1995 he helped recreate a Marist presence in Wheeling, WV where he served as the Co-Director of 18th Street Homeless Center before working full time at Saint Alphonsus Parish. In 2006, he moved to New York to be the Director of Pastoral Care for the retired Marist Brothers at Champagnat Hall. In 2012, he returned to Liberia to be a formative presence to the younger Brothers living there. Since 2015, Br. Dave lives in the Marist Brothers' Postulancy house located in the Bronx, NY. He also continues to serve the local homeless at food pantries as well as assists in many faith formation programs.