Br. Kevin Handibode to step down as president at the end of his school’s 60th anniversary year

One of his former students insists he wouldn’t be the mayor of Miami-Dade County were it not for the leadership he learned from his high school basketball coach.

“He is Columbus to everybody who went to Columbus. I wouldn’t be mayor if it weren’t for Brother Kevin,” Miami-Dade Mayor Carlos Gimenez, Class of 1972, told the Miami Herald when he honored Kevin for a lifetime of Catholic education in 2016. 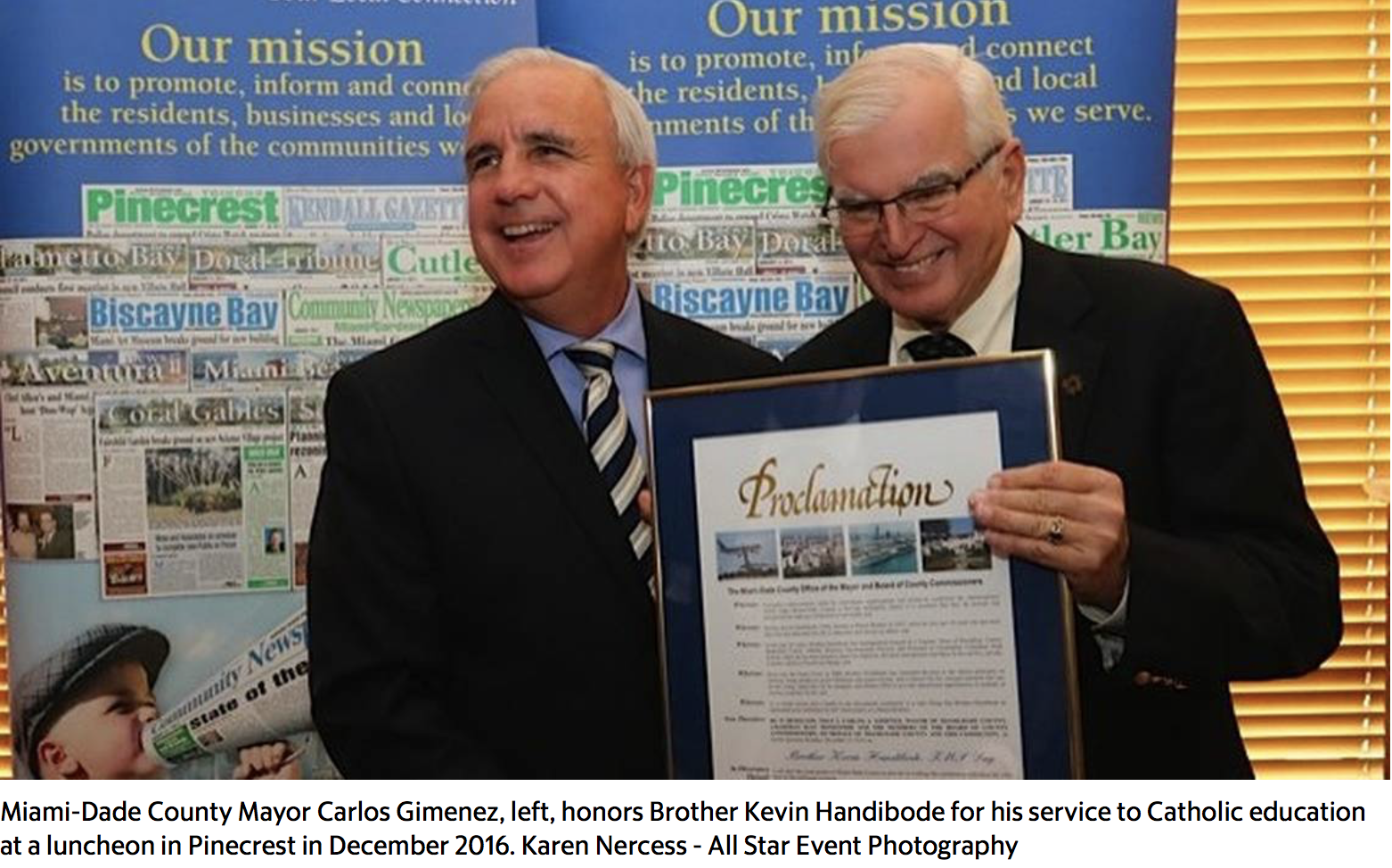 Another, Jim Larrañaga, the University of Miami’s men’s basketball coach, said it was Brother Kevin who inspired him to become a coach. Larrañaga was one of Kevin’s first players at Archbishop Molloy High School in New York in the mid-1960s during Kevin’s time there.

Still another, MasTec’s Jorge Mas, David Beckham’s partner in bringing soccer to Miami and a Class of 1981 grad, said of Columbus under Kevin’s guidance: “In Columbus, you learn to be competitive, to want to win, but at the same time you learn compassion and to be humble.”

Compassion and humbleness? Safe bet. Br. Kevin Handibode, 79, has been a Marist Brother for 61 years. But what he won’t be after 47 years is an on-campus fixture of the private boys’ Catholic high school — the last 18 years as Columbus’ president.

Come the end of the 2018-19 school year — Columbus’ 60th anniversary year — Kevin, nicknamed “The Shark” for his relentless fundraising efforts, which spark amusement and awe from students and alumni, and his firmness as a former basketball coach, says he is stepping down as president.

“I am certain that is is exactly the right time,” Kevin said in an alumni letter in the school’s current alumni magazine. 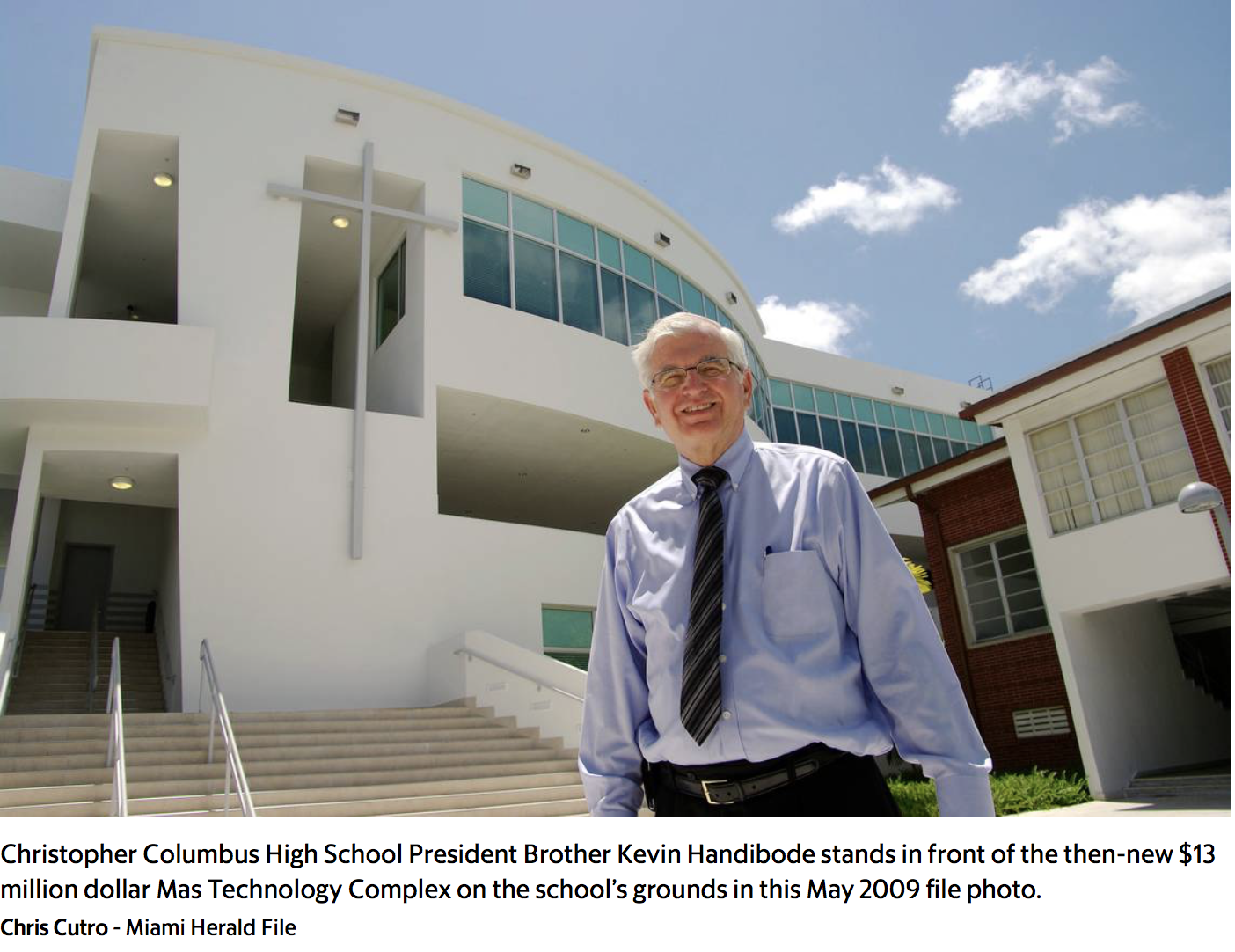 His departure from the presidency is effective as of June 30, 2019.

Columbus is searching for his replacement under the direction of a 10-member committee of board members, Marist Brothers, faculty and parents. The position will be appointed by the board of directors and approved by the Provincial of the Marist Brothers’ U.S. Province.

Kevin’s pending leave comes at a high point, both personally and for the school.

In February, the South Florida Business Journal named Kevin to its 2018 Power Leaders in Education list.

Columbus’ 60th anniversary celebrations are ongoing and will include the recent rebranding effort; a gala is set for March at the JW Marriott Marquis Miami. 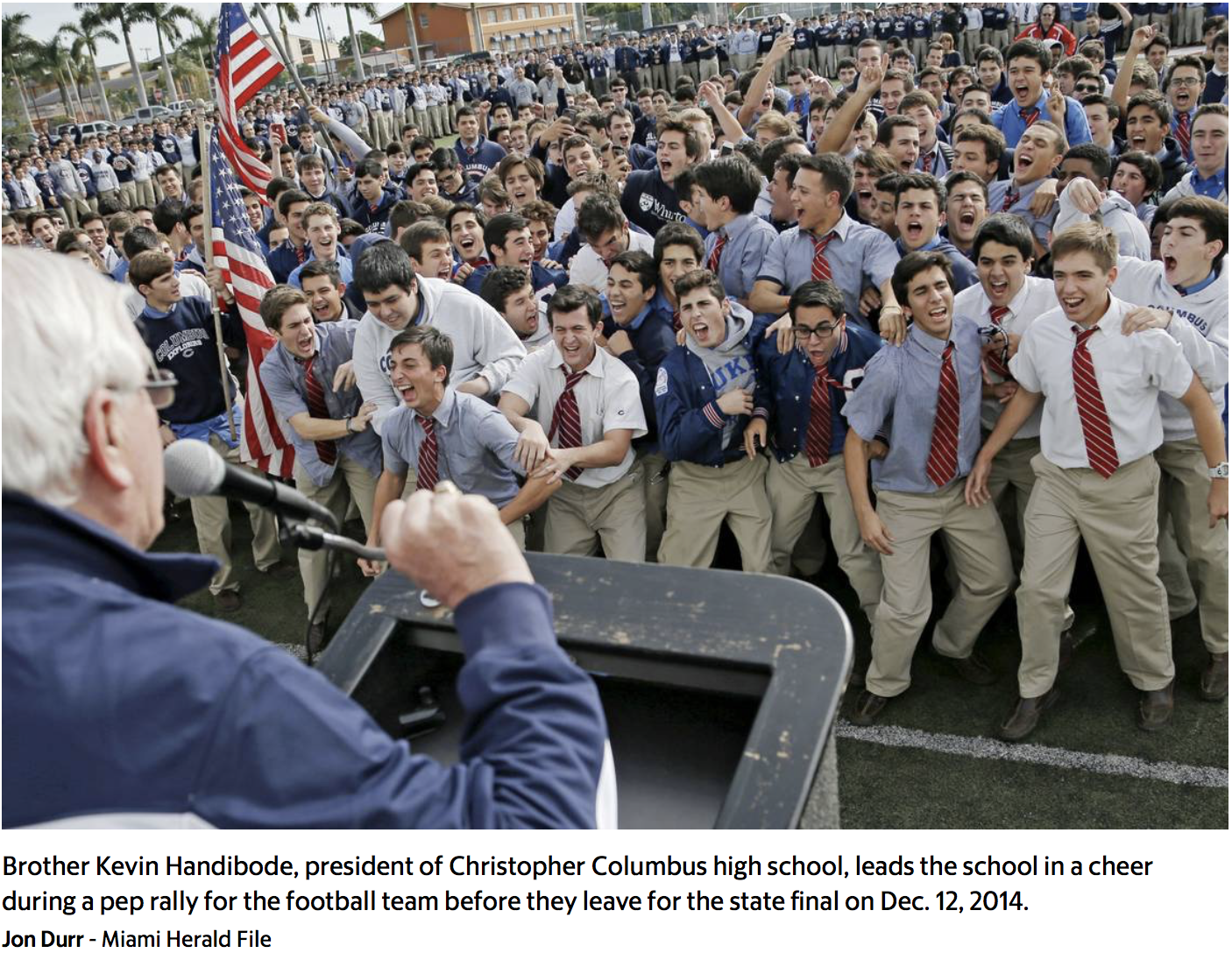 “It was September 1958 when our school first opened its doors with a mere 139 students,” Kevin wrote in his alumni letter. “I will step down as president, 60 years later, at a time when the school’s enrollment is over 1,700 students, and at a time when the Marist spirit within the school and alumni community is stronger than ever.” 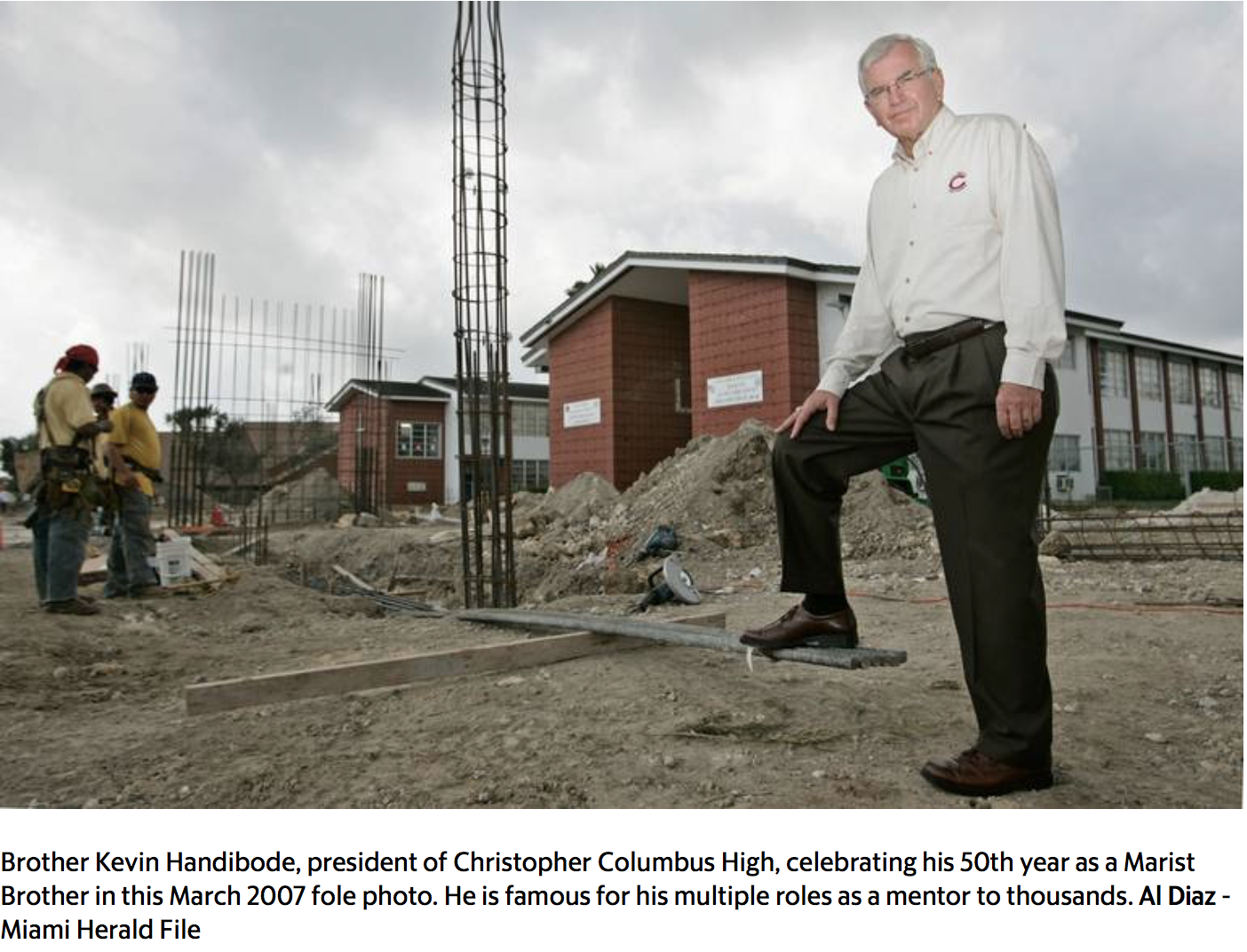