The Marist Brothers of the United States Province celebrated the Final Profession of Brother Sam Amos on Friday, October 23rd during a liturgy at Marist High School in Chicago, IL. Br. Sam is the son of David and Lori Amos, and received his first sacraments at the parish of Holy Family in Grand Blanc, MI. 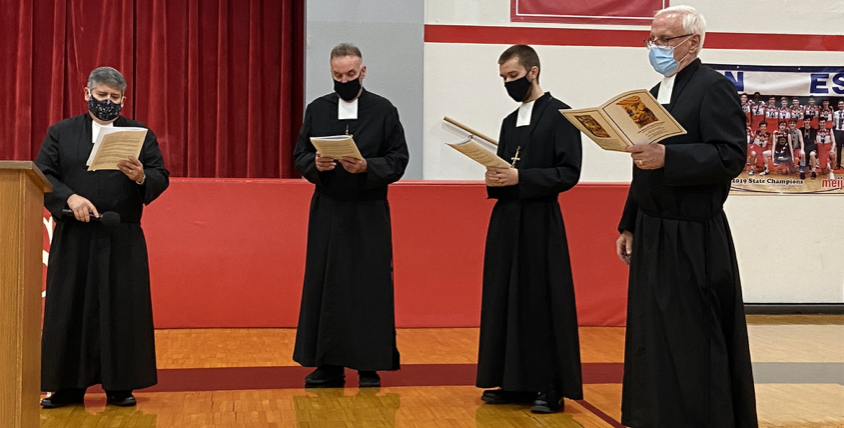 Prior to entering the Marist Brothers, Sam graduated from Powers Catholic High School in Flint, MI, and from John Carroll University in Cleveland, OH with a Bachelors Degree in Classical Languages. He also earned a Masters Degree in Education from the University of Massachusetts.

On February 2, 2014, Sam officially became a Novice of the Marist Brothers Novitiate during a ceremony held in the chapel at the Marist Brothers Center in Esopus, NY. During his Novitiate, he was guided by his Master of Novices, Br. Robert Clark, and mentored by Br. Phil Robert and Br. Brice Byczynski. He was also joined by two Novices from the Australian Province, Brothers James Hodge and Jack O’Sullivan.

Following his first profession in August 2015, Sam moved to the Bronx, NY, where he lived in a Marist Brothers community and taught at Mount Saint Michael Academy for one year. In 2016, he moved to the Leavitt Street community in Chicago, IL and began working as a religion teacher at Marist High School, where he continues to serve today. Br. Sam also enjoys volunteering and leading a youth group at Saint Benedict Parish in Blue Island, IL.

Let us proceed to keep Sam in our prayers as he continues his life with the Marist Brothers, and for all young people that they too may have the courage to listen to and follow God's calling in their lives.