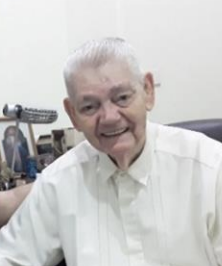 Br. Robert McGovern has accomplished much in his life. How did he start out and become a Marist Brother? Growing up in the Bronx during and just after World War II, Br. Bob attended PS 97 because his parents couldn’t afford to send him and his brother and sisters to a Catholic school, his father being a New York City policeman in the days before municipal unions were as powerful as they are today. With his parents’ blessing he finished high school at the Marist Brothers’ newly opened Marist Prep in Esopus, New York and went on to complete his training in the Brothers’ novitiate and Marist College across the Hudson River in Poughkeepsie. Immediately after college, Br. Bob taught at Mount St. Michael Academy in the Bronx, New York, Archbishop Molloy High School in Queens, New York and then in Opa Locka, Florida. In the early 1960s he studied theology in Fribourg, Switzerland and after completing this program he volunteered to go to the Philippines to teach at Notre Dame of Cotabato, a high school for boys in Mindanao. Subsequently he went to Notre Dame of Marbel University in Koronadal City for two years as Director of 25 student Brothers and 4 aspirants, responsible for teaching theology, education courses, graduate-level classes, handling guidance and running the school’s research center. Two years later he went to visit the Brothers’ school on the remote island of Jolo, at a time just before sectarian strife broke out in the area. The strife in the area made a lasting impression on Br. Bob. After this, although he was led to believe that he would become Director of the novitiate in Tamontaka near Cotabato City, he was sent, instead, to work at Notre Dame of Kidapawan College. In 1972, Br. Bob returned to Mindanao and became Executive Secretary of the Notre Dame Education Association (NDEA), spearheading the development of new programs for improving education throughout the area. In this position he helped not just Marist schools, but also diocesan schools. At that time the NDEA included schools run by the Marist Brothers, the Oblate Fathers and three Congregations of Women Religious with 75,000 students enrolled in 112 schools, among which were 56 Notre Dame high schools and 20 elementary schools. Br. Bob was a driving force behind a program organized for teachers from 60 high schools who were sent for a Master’s Degree program at Notre Dame University in Cotabato City and Notre Dame of Marbel University – 4 summers for 6 weeks at a time—to become certified as Principals throughout Mindanao. To help improve education in Muslim areas, under his direction the 2 Notre Dame Universities teamed with UNICEF to identify promising Muslim teachers and provide them with an accelerated para-teacher program to become head teachers with apprentices in their local communities. This program greatly improved the quality of education and trained administrators to serve in Muslim areas. 58 science teachers were also trained for schools throughout Mindanao, some going on to earn Ph.D.’s. 5 | P a g e M A R I S T N E W S B I T S Over the last several decades Br. Bob has helped launch university programs for social development, healthcare and nursing services, and a Business Resource Center Foundation that provides business training, consulting services, research on business needs, community organizing and financial assistance and loans for entrepreneurs. Thousands of personnel have been trained in addition to “out of school” youth enrolled in the Marist Technical Training Programs to get skills needed for employment. In 1993, Pope John Paul II awarded Br. Bob the Pro Ecclesia et Pontifice medal, the highest medal that can be awarded to the laity by the Papacy. Br. Bob is especially proud of helping to create thousands of new jobs by promoting the development of a new fish seaport in General Santos City, and of collaborating with USAID to build an airport to fly the freshly caught fish directly to Manila, strengthening existing businesses and enabling the fishing industry in the Provinces of South Cotabato and Sarangani to thrive and expand. With loving faith and youthful openness to the Lord’s guidance in his life, Br. Bob has been a blessing and inspiration to countless people around the world, now more than ever.