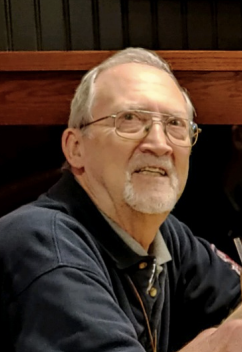 Brother Ernest Beland died unexpectedly at the Marist Brothers Residence on Sheridan Street in Lawrence, Massachusetts on Tuesday, February 8, 2022. He was 83 years old and in his 64th year of Marist religious life.

Brother Ernest was born on July 5, 1938, in Lowell, Massachusetts. He was the son of Ernest and Alda Beland. He graduated from St. Joseph High School in Lowell in 1957 and entered St. Joseph Novitiate in Tyngsboro, Massachusetts that same year. He received the habit on July 26, 1958 and pronounced First Vows on August 15, 1959.

In 1967 he was assigned as a teacher at St. Joseph High School in Lowell, MA and in 1968 he completed a Masters of Arts in English Literature from New York University. He taught at Marist High School in Eugene, Oregon from 1968 to 1969.

In 1969, Brother Ernie went to Central Catholic High School in Lawrence, Massachusetts. While at Central he had an extraordinary career as an English teacher and basketball coach. He was a gifted teacher of composition and taught many generations of students the art of the term paper. In 1994 Ernie attended the Second Novitiate Renewal Program in Manziana, Italy. He returned to Central Catholic where he continued to teach until 2012 when he retired. After retirement, he still did volunteer work both at Central Catholic and in a number of community outreach programs.

Oh, what consolation we have, when about to appear before God, to remember that we have lived in the favor of Mary, and in her own Society. – St. Marcellin Champagnat