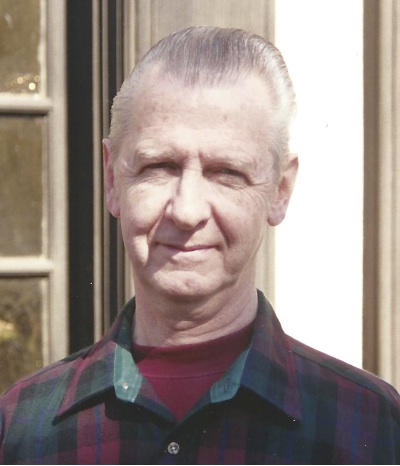 Born, in 1933, Gregory is the son of Paul and Mary Fischer Dela Noy.  Between 1941 and 1951, he made the journey that so many other young men who became Marist Brothers made, from his parish school of Good Shepherd in New York, to Bishop Dubois, then, to Marist Prep, and finally into novitiate in Tyngsboro.  In 1952, Greg officially became a Marist Brother.  And, in his own words,  when asked how he would liked to be remembered, he wrote, “He was a teacher and Marist Brother for over 60 years.”

And, in my own words, he was an exemplary teacher…and he was for me, and probably so many others, “the image of a brother” when our USA Brotherhood reached its summit of membership.  Tall, handsome, impeccable hair, smart and self-assured, geared in the Marist habit, Greg was the model of a Marist.

Look at his assignments, teacher , deputy principal, and then Principal.  Greg was on the fast tract.  After these years of service, many years as a Guidance Counselor.

Whenever you encountered him, Greg was a community man…of course, you better like the Yankees and the Giants.

I remember admiring Greg from afar as I never was assigned with him.  But, about 20 years ago, our lives grew very closely.

The phone call came at 11pm to the Provincial House; the message short and urgent. Come quickly to Westchester Hospital; one of your brothers was in a terrible car accident and may not make it.  I said goodnite to Dermot, the Vice Provincial, and drove sadly up the Sprain.

Dressed in Marist gear, I was ushered right into the operating holding room.  Like the crucified Jesus, taken down from the cross, there lay Greg; badly beaten, his aorta severed.

The hospital attendant told me to bless him and say farewell.  He also told me, ‘it wasn’t his fault.’

Almost 20 Years later, we would kid…Greg cheated death and went on to serve Marist mission at his beloved Our lady of Lourdes and at Esopus.

And, Greg’s legacy will cheat death again since in his last will and testament, he asks to gifts the needy young people of our schools as well as our retired brothers.  His life, his care for others goes on.

In his last wishes, Greg wrote, “I wish to be care for with kindness and cheerfulness, and not sadness.”  How kind and cheerful was the community at Eden Terrace who supported him in these recent days of cancer.  He also wrote, “I wish to have others by my side praying for me when possible.”  Do you think he knew that the brothers from Champagnat Hall would come every day to say the rosary by him, to sit with him, to encourage him?

So, may the angels lead you into paradise, good Brother Gregory; may you now be alive in the hearts of Champagnat, Mary, and Jesus.  You have persevered.  You will be remembered as “teacher” and most importantly, as “our brother.”  May you rest in peace.