Almost a half century ago – on September 8, 1967, a sunny and breezy day very much like today – a kid from Manhattan’s East 116 Street, Joseph Sacino, arrived in Esopus, NY to join 35 other young men to begin a life-long quest to become like those Marist Brothers he had known and loved as a student at St Helena’s High School.  I was there too; Joe Sacino and I became very close friends.

Joe loved those first years in Esopus. They were happy, simple and clearly focused.  But the times, as they sang, were a-changing – radically – and the security behind the Esopus walls was short lived.

The late sixties and early seventies was a period of growth but also of challenge and difficulty and – yes – even of suffering and pain for our Church, for our country, and for our Marist Congregation.  The Vietnam War, the bombings in Cambodia, the Robert Kennedy and Martin Luther King assassinations, the hippie culture, Woodstock, riots in our city streets, Watergate.  So many changes in society, in this country, in the lives and formation of the Brothers….. It took more than seven years before our novitiate reopened and before Joe Sacino finally pronounced his first vows and became what was so important to him: a “real” professed Marist brother. Who among us lived through those hectic and unstable transition years and was not somehow marked by them – they shaped us all, as we settled into whatever the future might bring.

Joe became one of the most talented and hardworking teachers I have ever met.  In his first year at Marist, Bayonne he taught seniors Accounting, bookkeeping and business law; they were just four years younger than he was at the time and there were no computers with Excel spreadsheets to make teaching Accounting easier! Those kids loved Joe’s dry sense of humor, his no-nonsense but patient style of teaching.

He worked so hard to become a professional educator.  Every night his light burned till 1 or 2 am – the beginning of a pattern as a night owl that stayed with Joe for all his life.  He prepared, and over prepared.  He would make ten, twelve ditto stencils (there were no Xerox machines back then) and – more than once, after midnight, I found him at the copy machine in the main office, his hands dripping purple with ink, holding a drenched and ruined paper stencil.  “I guess the machine flooded - again,” he’d say with that twisty little smirk, and then he’d go back up to his room to type the entire sheet all over again!  He would not go to bed until the lesson was perfectly ready for his classes.

Joe knew his stuff.  He taught high school and college, earned his doctorate, served as provincial treasurer, school administrator and  once – lucky for me – he saved St Agnes High School by putting its business office back on track when we suddenly lost our treasurer there in February of 1994. I called Joe on a snowy Thursday night to help me out:  I was desperate; I knew nothing about finances and business management.  By the following Monday morning, Joe was there at my side and took over the duties of school business manager; he saved St Agnes and learned to love that place and those kids, and he proved that, twenty-eight years after we first met in Esopus, he was still my loyal, best friend and brother.

No one I knew could make us laugh as hard as Joe could.  At a back table at jubilee celebrations, at provincial chapters, at faculty meetings, during evening prayer, on the beach in Manasquan, between periods in the hallways of Bayonne, even on the silent retreat before our final vows – Joe could capture a moment with a single word or phrase, or just a shifting or rolling of his eyes, that would send the rest of us into uncontrollable laughter.  His mind was quick, he saw the humor – and often the human foibles – in so many situations that made up our daily lives as teachers, as men, as Brothers.

Many things made Joe laugh too; he loved “The Honeymooners” and could watch the same episodes over and over and still laugh out loud. He loved telling the old stories of when we were young and more carefree and the things we got away with in formation or as budding teachers.

His love for his family never waivered; he spoke often of his parents and sister Maria and her family.  He enjoyed a good meal out, and never said no to going out for a pizza.  And he was the sloppiest cook I ever met; once he made pasta with meatballs and – no joke - we later had to clean tomato sauce off the ceiling.  Joe was a master impersonator and I must confess his impersonations were not always the most charitable! 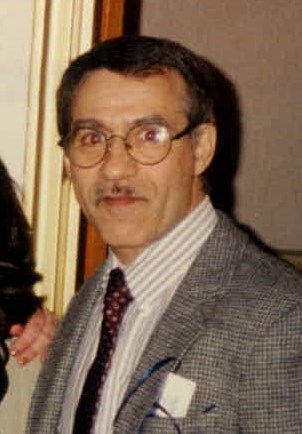 But Joe’s existence was not always fun or easy.  Like all of us, there were contradictions in his life that he tried to live with.  If you looked at him – particularly in his later years – you might suspect he was a sad man. He had a hard time seeing how good he was; he had a hard time believing how well-liked he was.  He became restless and even distrustful or angry at times.    He struggled to find a path that would bring him lasting joy …. but that proved harder than we will ever know.

We need not sugar-coat things here…as the years passed, Joe’s life became more distressed and difficult.  There were fewer moments of unbridled laughter, fewer funny, sharp or clever observations, much more physical pain and discomfort.  Joe did not deny this, and neither should we.  Like many of us, he had his aches and pains, his issues, and he sometimes dealt with them … and sometimes he chose not to.

But, in the midst of the sorrow and shock that came last Friday when we learned Joe had suddenly died, there was some bit of consolation in hearing that the persons who were with him on Thursday said he was doing well and had seemed happy.  Thank God for that.

Joe always hated to be the focus of attention, and I’m sure tonight he is squirming and wishing we would just let him get on to his eternal peace.

And so let us embrace Joe a last time and then release him into the arms of Jesus and Mary and St. Marcellin, who never abandoned him over all these years.  He is joining those other Brothers, friends we knew and loved who never got to fulfill the Psalmist’s promise that “seventy years is our expected life span; and maybe ten more for the strongest.”  Like all those who left us suddenly in death….Jim Redunski, and Damian Melvin and Bill McCluskey; Leo Richard and Mike Lineen and Myles Anderberg, and Louie Bentivegna and Pat Maloney and Richard Sharp, John Malachy and many, many others, including Joe’s great friend Brother Solano --- like them, Joe left this life too early.  We did not get to say farewell, or remind him yet again how much we cared about him.  It may seem unfair.

But God’s time is not our time and when God called Joe home on Friday, just like when he was that young man from St Helena’s who journeyed to Esopus almost fifty years ago, Joe again heard God’s summons and he went.

Let us recall him with love, and a memory of his funny little smirk and good humor, and let us now turn him over to the angels who will lead Brother Joseph into Paradise.