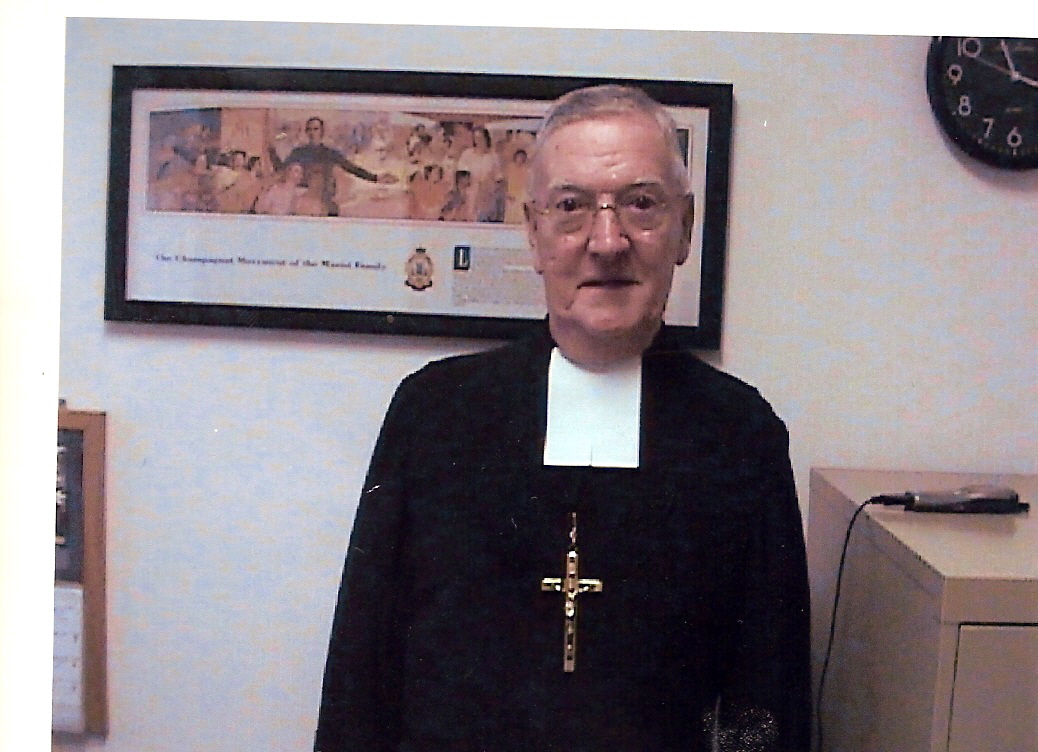 Brother Nicholas Aloysius Caffrey, FMS, a member of the Marist Brothers of the Schools for 59 years, died on March 10, 2016 at Calvary Hospital in the Bronx. He was 85 years old.

Brother Nick served in the United States Marine Cops from 1951- 1953. He entered the Marist Brothers Novitiate at Tyngsboro, Massachusetts in 1957.  He professed first vows in 1958.  After completing his religious and academic studies at Marist College, Poughkeepsie, New York, he began his ministry in the Archdiocese of New York, serving as a teacher at Mt. St. Michael Academy in the Bronx. From 1967 – 1976, he worked as a teacher, assistant principal and principal at St. Joseph School in Trumbull, CT. He received his MBA from Notre Dame University in 1971.

Later in his career, he served as principal at St. Francis Xavier School in WV; as principal at St. Michael’s School in Cranford, NJ; as an Administrator of the Good Shepherd Nursing home in Wheeling, WV; as secretary for the Marist Brothers Poughkeepsie Province, as treasurer at Mt. St. Michael Academy; and as Business Manager of Sienna House from 1997 until his retiring in 2012 to Champagnat Hall, Bronx, NY.

Brother Nicholas was the son of Nicholas and Mary (Finlay). He was pre-deceased by a sister Helene Matteo and a brother Rev. William Caffrey, SVD. He is survived by his brother John, bother-in-law Ralph Matteo, and many loving nieces and nephews. as well as by his Marist Brothers of the Province of the United States.