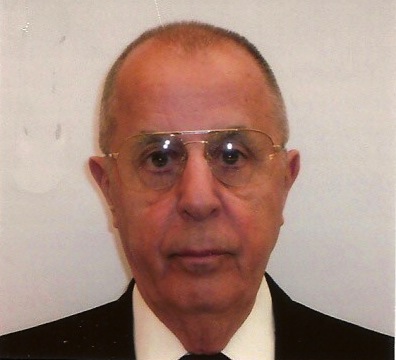 In Memory of Brother Raymond Albert

I know I speak for all the Brothers and for Brother Raymond’s family when I thank all of his friends for joining us in bidding farewell to this very special man. Some of you have travelled a distance and we sincerely appreciate that. I also know that I speak for the Brothers throughout the Province when I express profound gratitude to the staff of Brothers and wonderful nurses and caregivers, here at Mount Saint Michael’s, for the extraordinary and loving care you gave to our Raymond since his arrival here. He was aware of your dedication and he was overwhelmed by your goodness.

When we think about it, it’s not difficult to pinpoint the most important thing in life. Jesus told us point blank: Love God and love one another. That is why Saint Marcellin Champagnat, from his dying bed, expressed the hope that love for one another would be the Hallmark of the Marist Brothers. Brother Raymond took the command of Jesus and the goal of Champagnat to heart. Pretty much everything of consequence that he did in life was motivated by the love of God and the love of others.

A few months ago, when Ray became aware of the seriousness of his illness, he made it a point to tell us and to remind us that he loved us. But, in his healthy days, telling people he loved them was just not his style. I’ve known Ray for just about all of our adult lives and, until that time, Ray’s verbal expressions of love were reserved for his family, for his vocation as a Marist Brother, for God and for Our Blessed Mother Mary. Ray (not often vocally effusive) was effusive whenever he spoke about Marcel and Marcelle, about his other siblings and about his nieces and nephews — each of whom was special to him. There was never any doubt about the depth of Raymond’s love for his family. That affection did not go unspoken. He was also uninhibited when he spoke about his love of God and of his devotion to Our Blessed Mother.

For the greater part of his life, Ray’s love for the rest of us was not put into words…. But, it was not a secret. His love was loud and clear in his boundless and untiring attentiveness and service to us. It seemed to me that as soon as Ray met anyone, his first objective was to discover if there was something he could do to make that person’s life easier and, when there was, he would roll up his sleeves and make it happen.

As far as the Marist Brothers are concerned: his love for us was evident. There were no time limits and no volume limits on the energy that he devoted to helping us, individually, and he used his incredibly varied talents to make our communities better, prettier, easier, happier, more comfortable and (not surprisingly) more prayerful. The Chapel always received a great deal of his attention; the Chapel was always the first place to benefit from Ray’s ongoing “home improvement projects.”

Ray’s life was very interesting: he was teacher, school administrator, house treasurer, school treasurer…. Ray repaired, and built; he painted (not his favorite occupation), he remodeled; he did plumbing and electrical work; and, if he got stuck and had to phone a repairman to fix the boiler, he stayed with him and studiously watched the man work so that he would not have to call him the next time. (Oh! Once in a while, Ray would go skiing.)

Ray was my personal barber. I’m not saying that to brag… because he was everyone’s personal barber. If my alarm clock was broken Ray would fix it. He would fix everybody’s alarm clock. Whenever I was in positions of responsibility, my response to anyone looking for the solution to a problem was, as often as not, “tell Ray”. It worked out great: the problem got solved and I often got the credit. I believe I learned the “tell Ray” formula from Brother Paul Ambrose way back in the Scholasticate days. Ray was still a student Brother, but that didn’t stop Paul Ambrose’s consistent reliance on Ray’s talents. Community Directors and School Principals were still using the “tell Ray” formula until a few months ago when God decided it was His turn to “tell Ray.”

We could not begin to list the number of projects, the amount of time, the selfless contributions he made for each of us and for all of us. Tables and chairs and cabinetry and other evidences of his work are scattered throughout the houses and schools of the Province; they will remain as a reminder to us and as a tribute to his dedication and to his love. As numerous as these things are, they don’t begin to tell the story.

Ray was quiet and unassuming. He had a subtle humor and his remarks were sometimes surprising only because he most often kept them hidden behind a smile. Ray’s spiritual life and his piety — in keeping with his personality — were also quiet and unassuming. I do know, both from what he said and from what he did, that his prayer life was his number one priority. Daily Mass was central to his life. From my perspective, there’s no question that Raymond travelled through life with Jesus as his model and Champagnat as his guide.