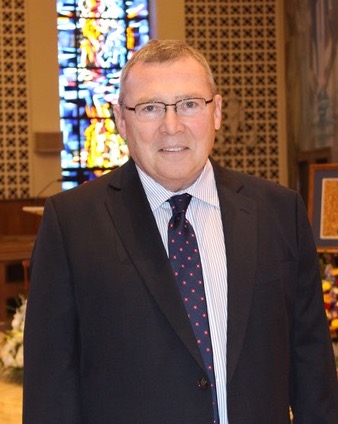 Brother Seán D. Sammon, FMS died on Friday, September 9, 2022 at Westchester Medical Center in Valhalla, NY. He was 74 years old and in his 56th year of Marist religious life.

Seán Sammon was born in Manhattan, NY on November 26, 1947. He was the son of Matthew and Mary Bradley Sammon. After attending St. Vincent Ferrer Elementary School in Manhattan, he began studies at St. Agnes Boys High School (also in Manhattan), which was staffed by the Marist Brothers, in 1961. The following year he continued his high school education at the Marist Juniorate in Cold Spring-on-Hudson, NY. Upon graduation in 1965, he entered St. Joseph Novitiate in Tyngsboro, MA and pronounced his first vows in 1967. He then went to the Marist Brothers’ Scholasticate
at Marist College in Poughkeepsie, NY and graduated with a BA in Psychology in 1970.

Brother Seán began his ministry as a Guidance Counselor at St. Agnes Boys High School in New York City. While he was at St. Agnes, in addition to his duties at the school, he received an MA in Psychology from the New School for Social Research, and then an MA in General Psychology from Fordham University. He made his final profession of vows in 1981. That same year he received a PhD in Clinical Psychology from Fordham University and worked in ministries as a licensed psychologist in New York, Connecticut, and Massachusetts.

Throughout his life, Brother Seán was a writer and scholar. He wrote several books on psychology, religious life, and spirituality. He received awards for these efforts from the Catholic Press Association and the National Religious Vocation Conference’s Outstanding Recognition Award. He was also the recipient of the St. Edmund’s Medal of Honor from the Edmundite Fathers and Brothers for his contributions to the Catholic Church.

After finishing his term as Superior General, Brother Seán returned to the USA, and in 2010 went to Marist College in Poughkeepsie, NY as a member of the Board of Trustees and Scholar in Residence. There, he continued his work with young people as well as contributing to the development of many programs at Marist. In 2017, he was also appointed as Novice Director for the Marist Brothers’ USA Province.

In addition to his many experiences, contributions, and accomplishments, Seán was a simple, loving, and caring person. He deeply loved his family and his fellow Marist Brothers, and had a gift of showing that care and concern to all who knew him. He will be deeply missed, yet those who knew him will be forever grateful for his presence in their lives.

"Oh, what consolation we have, when about to appear before God, to remember that we have lived in the favor of Mary, and in her own Society." – St. Marcellin Champagnat