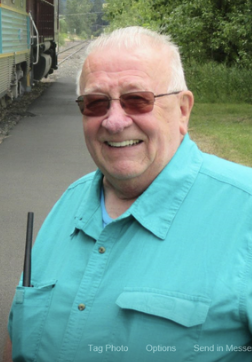 Brother Sumner was born in Lawrence, MA to Sumner Sr. and Lillian Kearney Herrick. His sister, Linda Tine, predeceased him. He attended Central Catholic High School in Lawrence. Upon graduation, he entered the Marist Brothers Novitiate in Tyngsboro, MA in 1962. He professed first vows in 1963 and professed his final vows in 1968.

Br. Sumner earned a BA in French from Marist College in Poughkeepsie, NY and an MA from the University of Notre Dame in Indiana. He also earned a Certificat D’Etudes from the Catholic University in France in 1979.

He began his teaching career in New York serving as a teacher of French and Spanish at Mount Saint Michael Academy, Bishop Dubois High School, and Saint Agnes Boys High School from 1966-1975. After attending a renewal program in Fribourg, Switzerland, he served as Assistant Principal at Mount Saint Michael Academy from 1974-1978. He returned to the classroom in 1978 when he joined the faculty of Marist High School in Chicago before serving as Dean of Discipline from 1987-1990. Br. Sumner continued his administrative career (1990-1992) at Marist High School in Eugene, OR and continued as a guidance counselor until 1994.

Returning to Marist High School that same year, he served as a counselor at Marist High School. In 1998, he was named Director of the Marist Volunteer Program and served in that role until 2003. Br. Sumner also served as a language teacher and counselor at Saint Joseph Academy in Brownsville, TX, beginning in 2003 and staying there for many years. His final relocation was to the Marist Brothers Retirement House in Miami, FL where he lived from 2019 until his death.

Brother Sumner is survived by his niece, Leanne Cavallaro, as well as his Marist Brothers of the Province of the United States. He will be deeply missed by his family, his Brothers, his friends, and by generations of former students.