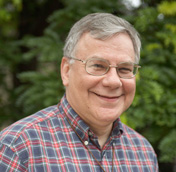 This past spring, I had the opportunity to visit the Hermitage at a gathering of lay Marists and Marist Brothers from around the world. I was impressed by Marcellin Champagnat’s sheer determination to respond to the urgent needs of young people. Marcellin was tenacious; he kept moving forward even when others told him he was a fool. His deep trust in Jesus and Mary motivated him and gave him a confidence that helped him overcome the obstacles he encountered.

It has dawned on me many times since my first visit to the Hermitage that our brother Vito shares many characteristics with Marcellin. Both lived lives deeply rooted in their relationships with Jesus and Mary. With the faith and confidence that grew out of those relationships, both were tenacious…

For Marcellin and for Vito, it was always about the mission. It was never about them. There was no ego involved. Perhaps that is why both of them were so successful at what they did. It was simply about the mission of “making Jesus Christ known and loved.”