LAWRENCE — In the popular mindset, Lent is regarded as a time for "getting ashes" and "giving up" something. 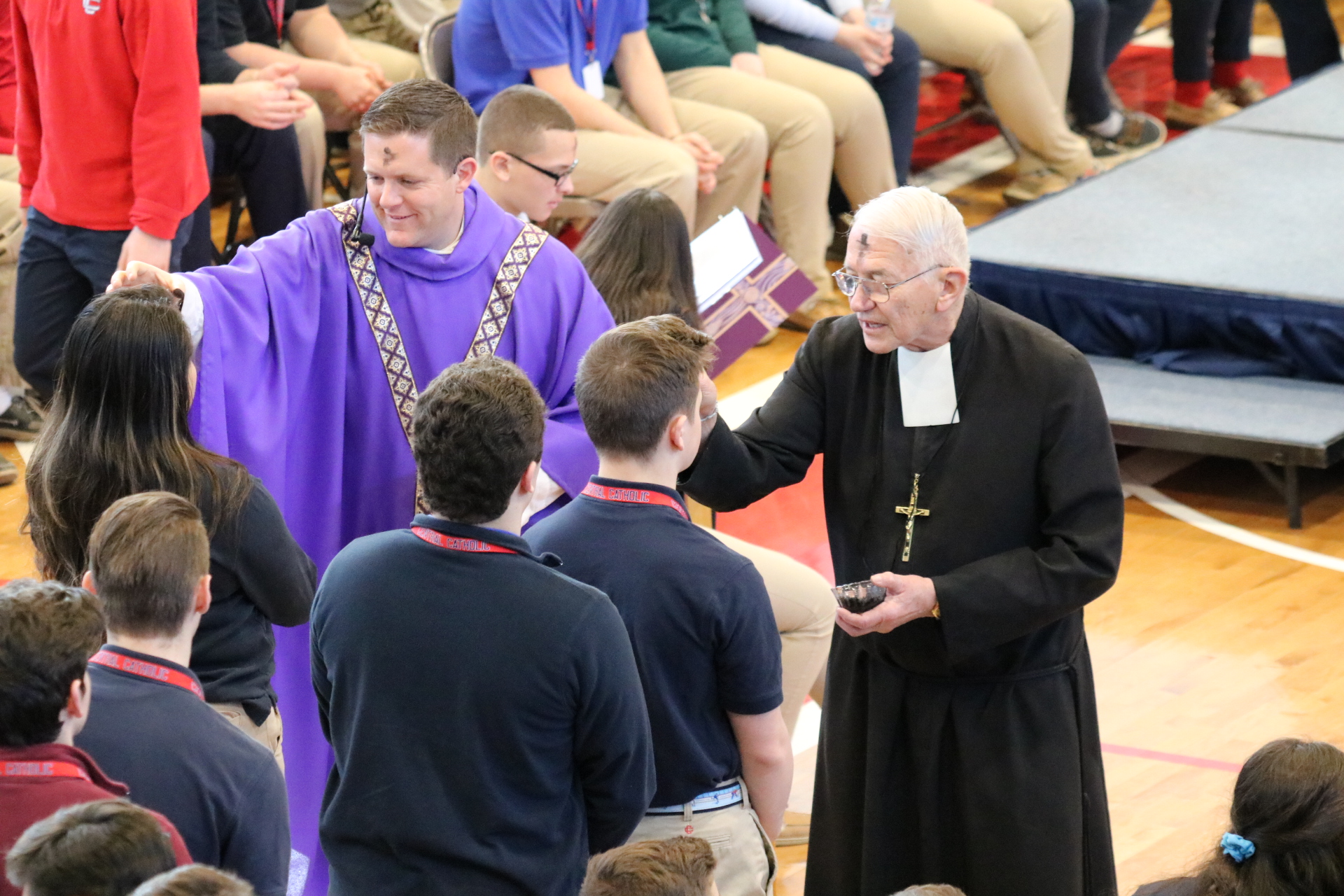 Two Central Catholic High School students, Michael Kareores and Haleigh St. Hilaire, said the 40 days preceding Easter are much more than that, however. Lent is also a time for reflection, they point out. Kareores, a senior from Bradford, said he has been reflecting on his time at Central Catholic. "I've had a blessed four years," said Kareores, who has served as a retreat leader, among other endeavors.

St. Hilaire, a junior who resides in Lawrence, said Lent is a time "to reflect on Jesus' sacrifices for us." This is not to say they have never given up something for Lent. "During my freshman year, I gave up all drinks but water," St. Hilaire said. "It was really good for my body."

Kareores said he has abstained from soda and candy during Lent. It can be a time for "mental cleansing," too, he said, by putting in an extra half hour of study or devoting more time for prayer.

Lent began March 6 this year and ends on Thursday, April 18.

Kareores and St. Hilaire were asked if they have ever considered pursuing a religious vocation. Brother Rene Roy, FMS, the President Emeritus of Central Catholic who is still involved in Campus Ministry, has encouraged him to think about becoming a priest, Kareores said.

FMS stands for Fratres Maristae a Scholis, Latin for Marist Brothers of the Schools, the religious order that runs Central Catholic.

St. Hilaire said so far, she has not contemplated becoming a nun. St. Teresa of Calcutta was "an amazing example" of holiness and service to others, she said, but she added one can do "amazing things" as a lay person. St. Hilaire aspires to become a physical therapist. She will no doubt have ample opportunities to help others in that profession. She would like to enroll in the seven-year physical therapy program at University of Massachusetts Lowell. Those who complete this program earn a doctorate in physical therapy. St. Hilaire said she looks forward to treating children with disabilities. She has a mild form of cerebral palsy, she said, and she thinks her example will encourage her patients to believe they can live "a perfectly normal life."

Kareores has already been accepted at Northeastern University and will major in biomedical physics. "I'm excited to go there," he said. After Northeastern, he hopes to attend medical school.

Coincidentally, Brother Rene happened to be just outside the Carney Chapel on the second floor of the school where the interview was taking place. He was invited to join the conversation. When Kareores stated his desire to become a physician, Brother Rene reminded him that as a priest "you can be a healer of souls." He added, "I have never seen him (Kareores) happier than when he was leading a retreat." Until then, Kareores had not mentioned this during the interview. 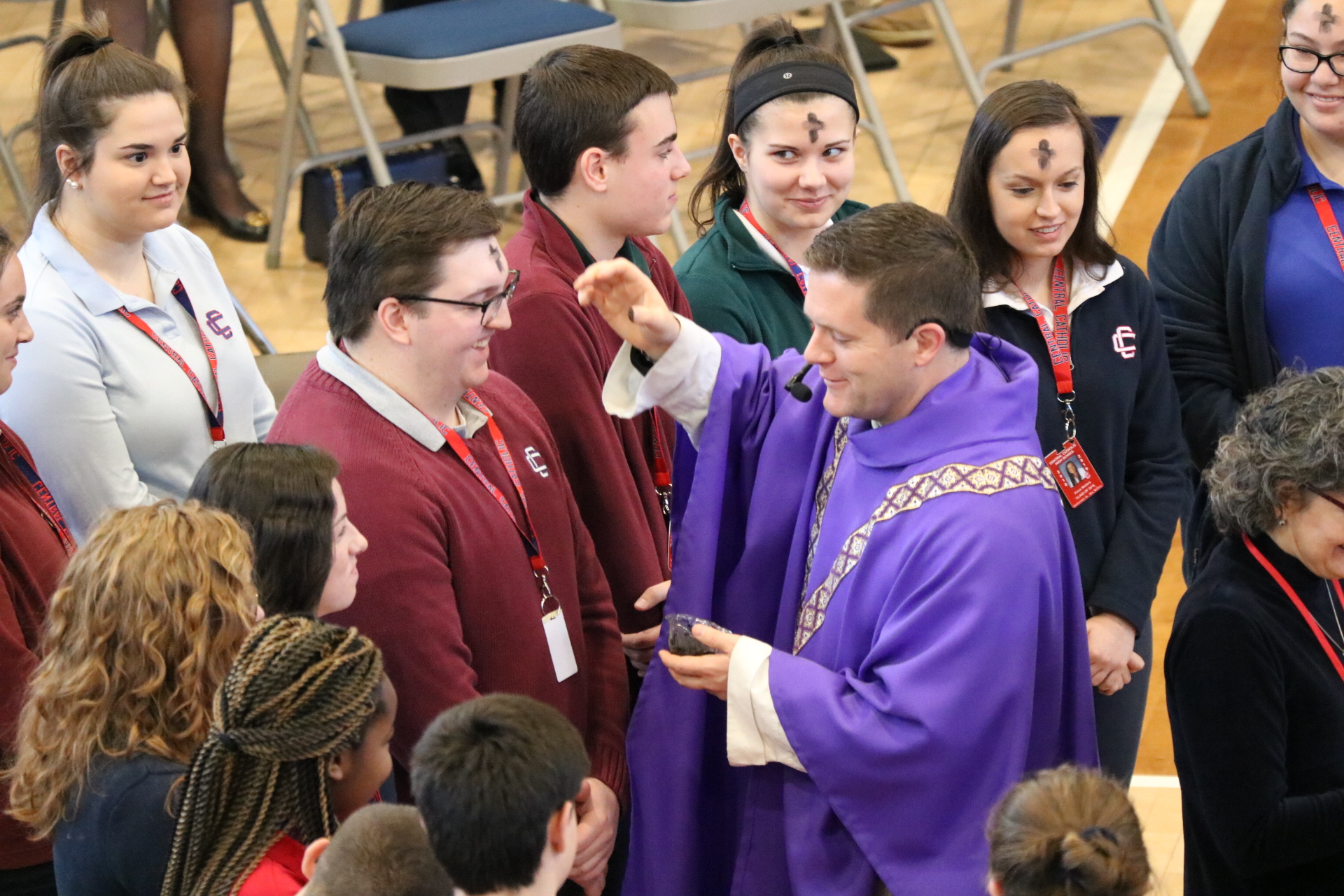 Last fall, he was one of the leaders during a three-day Encounter retreat at St. Methodios Faith and Heritage Center in Contoocook, New Hampshire. He spoke about community and "growing to be a leader," he said. St. Hilaire offered a presentation about Mary, the mother of Jesus, and her own mother being the "rocks" in her life during a retreat for freshmen and sophomores at St. Basil's Salvatorian Center in Methuen. She also helped lead a retreat for people with special needs ages 15 to 30 at the Marist Brothers Center in Esopus, New York.

St. Hilaire, 16, is the daughter of Elizabeth and Russell St. Hilaire. Kareores, 18, is the son of Ellen Duff-Kareores. Both St. Hilaire and Kareores said they hope to have "as much of an impact as possible" after they graduate from Central Catholic High School.