One of the most avid followers of Roselle Catholic’s championship boys’ basketball team travels the shortest distance to attend the Lions’ home games.

Brother William Lavigne just has to walk across the parking lot from the Marist Brothers’ residence on Raritan Road to reach the bleachers that surround Coach (Pat) Hagan Court inside The Lions’ Den to watch one of his favorite teams in action.

A regular at the Lions’ home contests – usually occupying the same spot every game in the bleachers, closest to the stage, “so I can put my back up against the railing,” he said – Bro. Bill is usually willing to catch a road game when his schedule and distance allows.

Such was the case on back-to-back weekends in March, when 88-year-old Brother Bill traveled 20 miles from Roselle to the State University’s Jersey Mike’s Arena in Piscataway.

On March 12, Brother Bill watched from behind the Roselle Catholic bench as the Lions withstood a tremendous comeback-attempt and defeated Trenton Catholic to win the NJSIAA’s Non-Public B championship.

Bro. Bill didn’t attend RC’s victory against Bergen Catholic in the semifinal round of the Tournament of Champion, but he was at Rutgers University for the T of C final on (Sunday) March 20th against Camden, a matchup of the two top-ranked teams in New Jersey. Roselle Catholic (29-2) prevailed in overtime, 61-58, to win its fourth Tournament of Champions title.

“Both teams played their hearts out,” Bro. Bill said. “It was a game played at a level worthy of a championship game. Either team deserved to win … but the best team did.”

A round of applause erupted on the bus when Bro. Bill ended the cheer that he first remembers hearing at the Marist Invitational Tournament more than 60 years ago.

“Brother Bill was not going to let the celebration end in Jersey Mike's Arena,” said Allison Skrec, who works and teaches at Roselle Catholic and attended ‘Sharing Our Call’ at Esopus in the fall. “Him (unexpectedly) leading us in cheer as the bus exited the parking lot is a very memorable part of the day.” 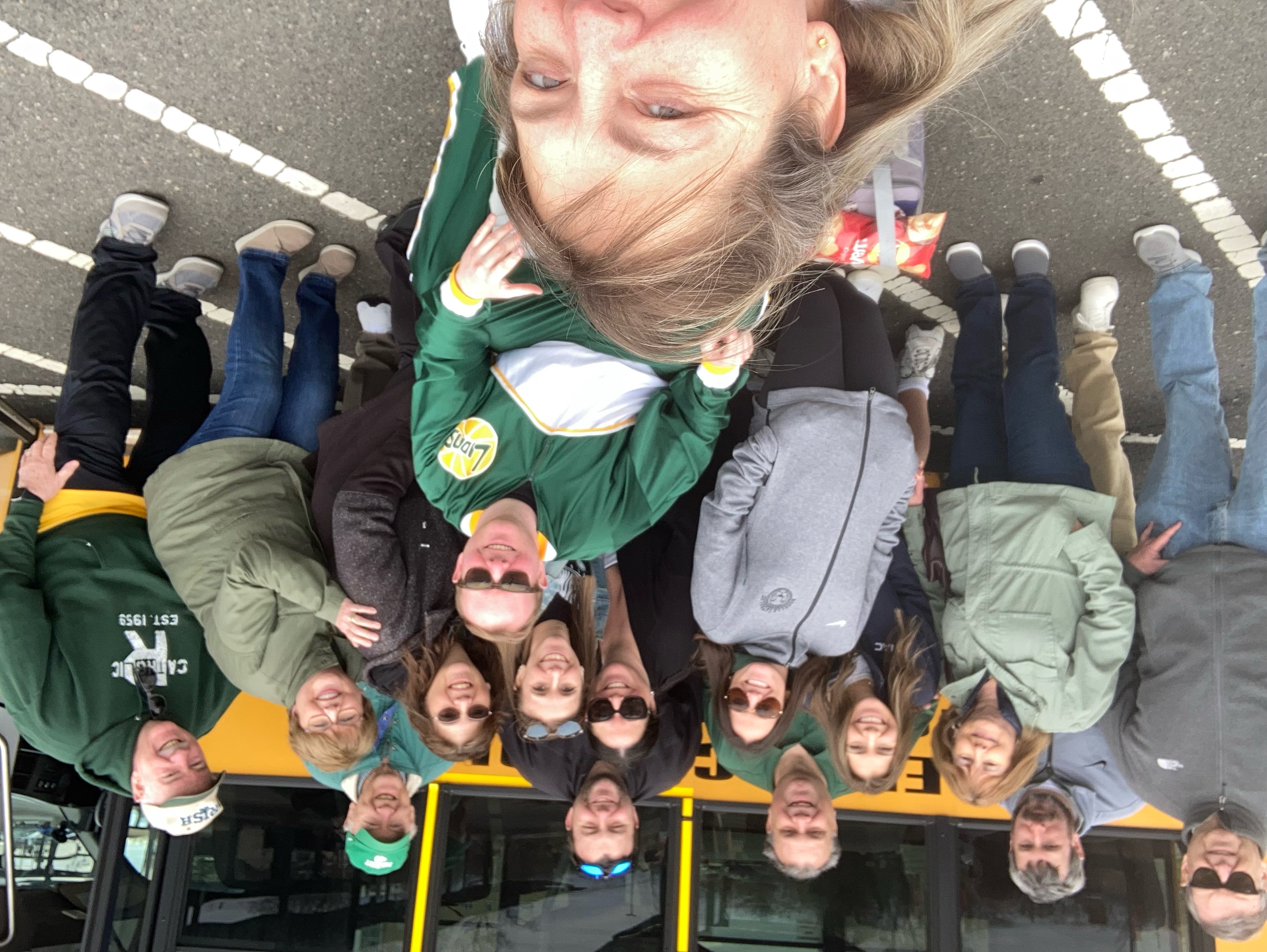 “I enjoyed going to the game on the bus,” said Brother Bill, who boarded the vehicle around 10:30 a.m., shortly after serving as a Lector at the 8 o’clock Mass at St. Helen’s in Westfield. “We had a lot of fun.”

A Marist Brother for 72 years, Bro. Bill’s passion for basketball was born watching his brother Frankie play for Central Catholic in Lawrence, Mass. “He was small, one of the smallest players on the team, but he was fast, especially when it came to stealing the ball,” Bro. Bill said.

Bro. Bill became a fan of the Boston Red Sox and the Boston Celtics and listed Larry Bird and John Havlicek as a couple of his favorite players.


Havlicek launched his Celtics’ career in 1962. Six decades later, he enjoyed watching Simeon Wilcher and Jamarques Lawrence – two of the Lions he knows by name – help propel Roselle Catholic to another Tournament of Champions title.

“I really enjoy the excitement of the big games,” said Bro. Bill, who figured he saw a third or more of the Lions’ games in person this winter. “It’s a pleasure watching how the boys play together, the way they maneuver … We could all see the fruits of their labor, all of their practice, pay off in the championship game.”