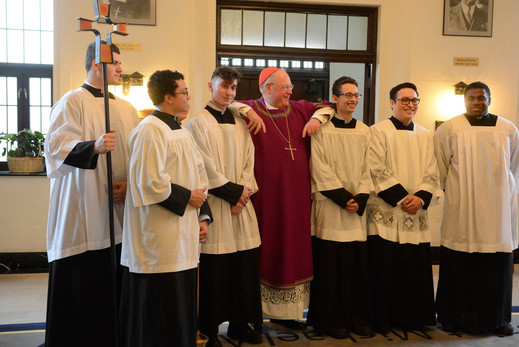 Timothy Cardinal Dolan celebrated Mass on March 27th at Mount St. Michael Academy in honor of the school's 90th anniversary. Some 1,400 people attended the Mass, including Marist Brothers, who founded the school. He also acknowledged the 200th anniversary celebration of the founding of the Marist Brothers, and gave his appreciation to all of the Brothers in attendance.

During the mass, Cardinal Dolan was declared an honorary member of the Mount Saint Michael Class of 2017. After the conclusion of mass, he called the entire senior class up to the front of the gymnasium to take a Class Picture.