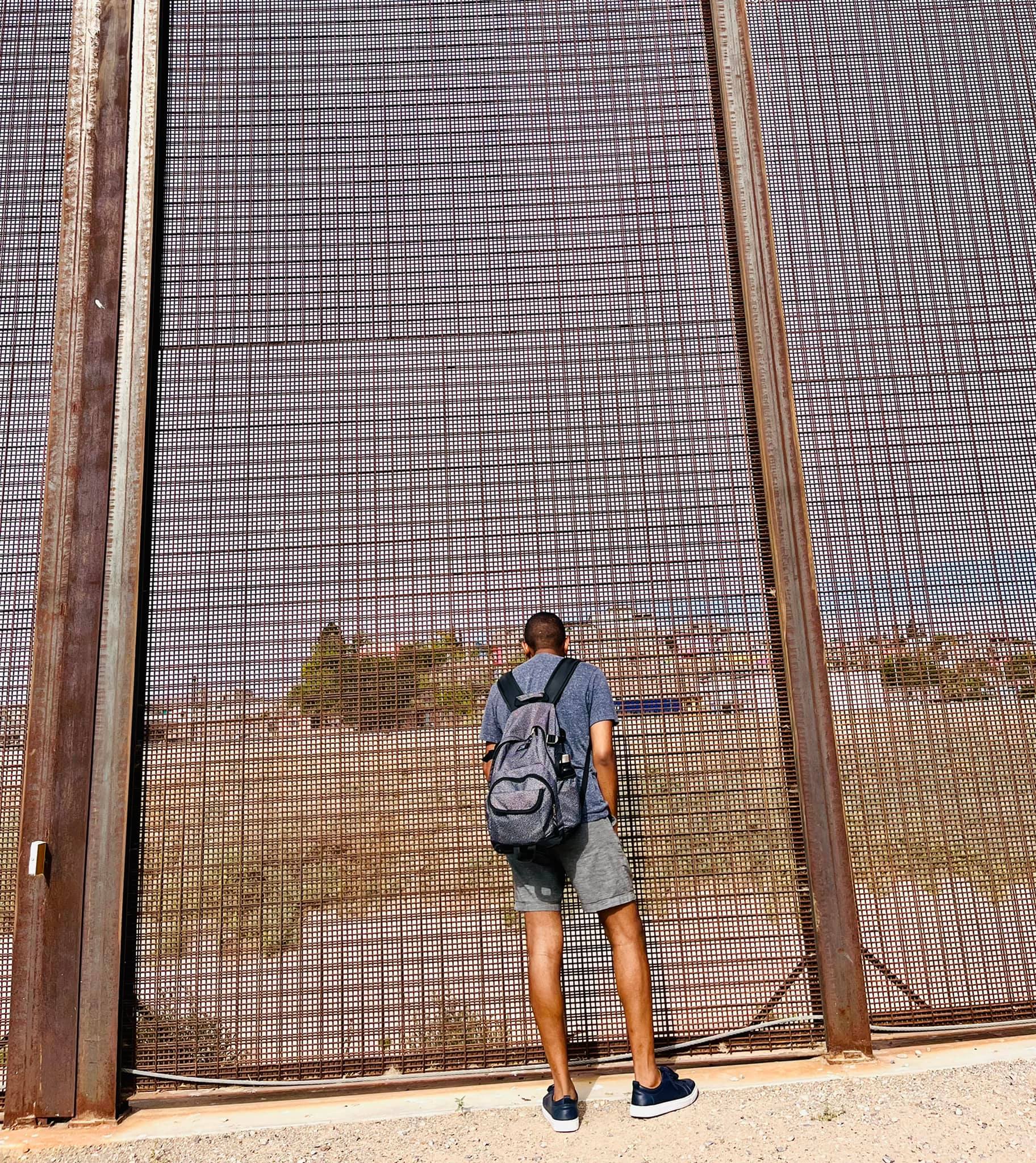 I am finally back home in North Carolina after a weeklong trip to the U.S.-Mexico border. Our group was hosted by the Encuentro Project in El Paso, Texas. This trip was one of the most transformative experiences I have ever had in my life. It helped me come to a better understanding of the present reality of migrants and refugees in the area, immigration laws, the cultures and lifestyle of those living near the Southwest border, including: the spirituality of the border, and both the joys and the struggles of life in sacred, indigenous lands. We did not want to hear from one side; our group met with migrants and refugees, community members and residents, advocates, immigration lawyers, border patrol agents, and the office of the chief counsel of Immigration and Customs Enforcement (ICE). Half of our group crossed the border and visited Ciudad Juarez, Mexico to learn more about the humanitarian crisis in the area.

Immigration is more than just a political issue to me. It is deeply connected to my faith and the 1.8 billion Muslims in the world today. If it was not for a just, Christian king in Abyssinia who welcomed the first Muslim migrants in 615, My story as a Muslim man would not be possible today. If it was not for a group of righteous people in Medina who welcomed Prophet Muhammad (PBUH) and his companions who were fleeing the prosecution of the ruling Quraysh tribe of Mecca, my story would not be possible today. In fact, the entire Islamic calendar is known as "Hijri," which is derived from the Arabic word "Hijrah," meaning migration!

As an immigrant myself, I, too, have heard about America’s ideals and its promise to the world. I remember at a young age studying about the Statue of Liberty and the iconic words from The New Colossus by Emma Lazarus: "Give me your tired, your poor, your huddled masses yearning to breathe free." These words are the complete opposite of this moment captured by the attached picture: here I am standing in front of the “wall” that separates El Paso from Ciudad Juarez; this moment was probably the most un-American experience I have ever had. From a distance, the “wall” looks literally like a scar in the landscape. It looks intense, heavy, and certainly ugly. Those who are born on the left side of the “wall” will have a completely different future from those born on the right side even though they are a few feet apart.

It is very confusing how we create things and then let them define who we are as people. The imaginary border lines are a social construct, and the idea of building walls between countries is absurd and horrifying on many different levels. Walls will never stop people from migrating and crossing borders as long as they continue to face borders of hate, racism, and marginalization. Without addressing the big upstream, structural issues that push people to migrate in the first place, we cannot take away their right of seeking refuge in a safer place. The “wall” represents more than political viewpoints or nationalism; the “wall” is essentially tearing communities apart as well as altering entire ecosystems and the evolutionary history of North America.

I also want to share that while border walls came to symbolize Trump’s campaign and presidency, the Obama Administration had overseen the construction of 137 miles of border wall. These walls are only hurting the Native American nations living in the area, fragile ecosystems, and endangered species. I say that because the United States has the tools, means, and technologies to secure its borders without tearing communities apart and casting prison-bar shadows on people’s windows.

But I would like to end my reflection with a positive note: there are no walls around the human spirit. Despite the heaviness and the sadness of the border communities, there was so much joy. They have hardship without becoming hard. They have heartbreak without being broken. As one of the people we’ve met, Abi Ray from Hope Border Institute, shared with us: “Suffering is a part of the human experience, and to be a whole human is both joyful and liberating.”