Inaugurated by the USA Province in 2013, Foundation Stones is an annual program that provides young men with the opportunity to ponder the possibility of life as a Marist Brother.  Participants come to better understand the Marist Brother vocation while enjoying themselves and deepening their relationship with God through prayer experiences, presentations, activities, manual labor, and recreation.

Foundation Stones 2019 took place from June 3-8 at the Marist Brothers Center at Esopus with visits to the Novitiate at Marist College in Poughkeepsie and to Champagnat Hall, the home of many retired Marist Brothers.  Four men took part this year, each having graduated from a different high school.  Bros. Sam Amos, Owen Ormsby, Brian Poulin, Luis Ramos, and Rene Roy each accompanied them for most or all of the week, along with Lay Marists Ed Kennedy and Tyler Pereira.  Bros. Peter Guadalupe and Donnell Neary provided a great service by cooking meals throughout the week.  Other Marists of Champagnat joined for portions of the experience, including Bro. Dan O’Riordan, who gave a presentation on prayer and spirituality, and Bro. Ken Hogan who hosted a Champagnat Day dinner party at the Novitiate.  The small group size allowed a strong community bond to develop among all. 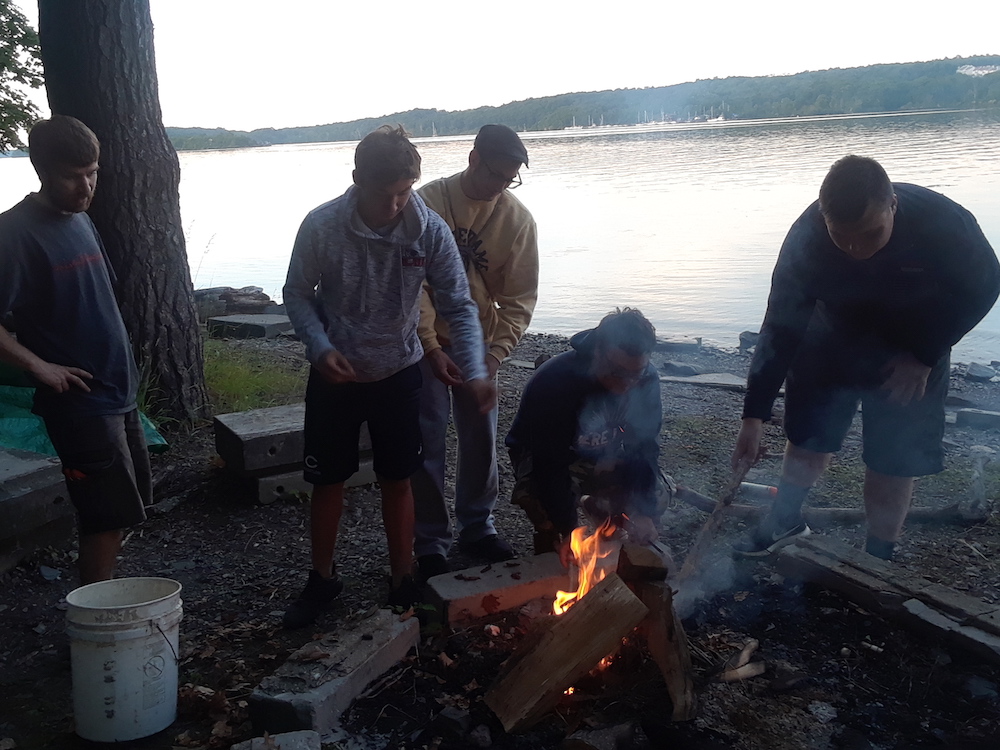 In addition to Bro. Dan’s presentation, other topics included the Marist Pillars, commitment, and presence.  In order to better engage participants, most presentations were preceded by a thematically relevant activity led by Ed Kennedy, the Director of Outdoor Adventure Activities.  Most notable among these was a spelunking experience that took place halfway through the week.  The three hours spent exploring the cave system were used to emphasize points related to that day’s theme of choice and commitment—nobody was forced to enter the cave or take a certain route, but participants had to confront their apprehensions and they discovered that some choices entailed consequences that could be uncomfortable but also exhilarating.

Marcellin Champagnat once wrote that the first Marists were “like rough stones that you throw to the bottom of the foundation.  You don’t use polished stones for that.”  As Christian disciples, we have learned that God’s grace can work through us, rough stones though we are.  As Marists, we encourage young people see this in themselves as well.  Perhaps one or more participants of Foundation Stones 2019 will become part of the foundation of a new Marist future in the USA.  Regardless, if Foundation Stones has helped them in their personal vocational discernment, it may reinforce the foundation for the life each is building for himself, regardless of what form that eventually takes.