The 4th Annual Foundation Stones took place in early June 2016. It was a retreat designed to build a community from which Marist vocations may be nurtured and grow. The goal was to initiate, create, foster, and nurture relationships that will help us to deepen our understanding of what it means to be Marist, and mutually sustain each other on our vocational journeys. The intent was to provide an opportunity for people from across the Marist spectrum to gather, pray, play, work and eat together, learn from each other, and thereby establish a network of support for one another. 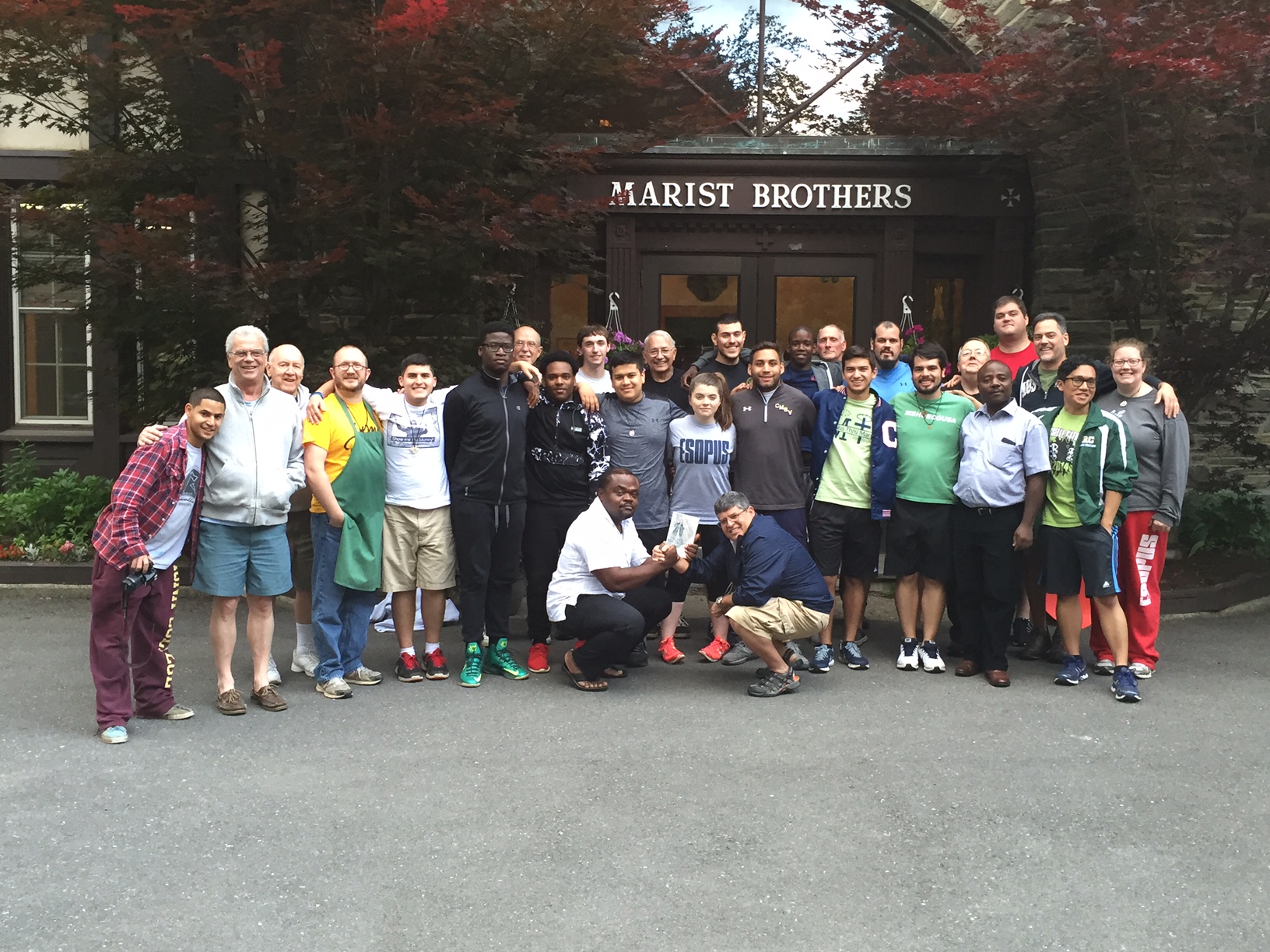 The 5-day retreat consisted of prayer, conferences, sharing meals, working together, team-building activities, and recreating together.

The prayers throughout the retreat were a diverse sampling of multiple different ways to pray and incorporate prayer into ones everyday life. Prayers were led by: Luis Ramos – “Centering Prayer”; Br. Brice Byczynski – “The practice of the presence of God”; Fr. Richard LaMorte – Mass in an informal style where some of the rituals and ceremonial proceedings were explained as the Mass went along; Br. Dan O’Riordan – “The Christian Office”; Br. Rene Roy – “Devotion to Mary”; Br. Al Rivera – “Tai Chi Prayer”; and Br. Owen Ormsby – “A Marist meditative walk at the outdoor chapel”.

Another highlight of the week was the great meals prepared by: Chef Henry Miller, Br. Hank Sammon, and Br. Brice Byczynski.