Ninety-four Participants from around the Marist World attended the 22nd General Chapter meeting in Rionegro, Colombia in the Fall of 2017.

The intention of the General Chapter process was to invite Marists, both Brothers and lay people, to see where there might be potential in the current world to spread the Marist charism. The Chapter Assembly was charged with the task of indicating the way for ‘a new La Valla’. 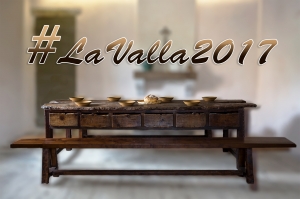 The XXII General Chapter had the motto of “A New La Valla,” which invited all Marists into a new beginning.

As Emili Turú emphasized in the Convocatory Letter, the goal of the Chapter Meeting was to "make La Valla relevant today, at the beginning of the 21st century, as a new world is emerging.”

Given this motivation, the council chose to use the hashtag #LaValla2017 accross various social media channels (YouTube, FaceBook and Twitter), and used this expression to share information related to the activities of the Chapter Assembly while it was going on.

The whole Marist world was invited to use #LaValla2017 in their posts to spread the message of the General Chapter throughout the digital world!