LOOKING BEYOND… SECOND WEEK OF THE GENERAL CONFERENCE

During the second week of the General Conference, being held in Rome from March 8th to 26th, the participants continued to reflect on the areas of the XXII General Chapter that concretely involve Marist life and mission. The first two days of the week dealt with two areas: “our mission” on Monday and “the use of goods” on Tuesday. On Monday, the Conference was attended by the secretariats of Education and Evangelization (Brothers Carlos Alberto Rojas and Mark Omede) and Solidarity (Brothers Ángel Diego and Francis Lukong). They reflected on the principles and suggestions of the Chapter, and discussed projects such as the Champagnat Global Network and the “Laudato Si'” project.  Information was also given on other projects of the two secretariats and FMSI, through its director, Andrea Rossi, presented some of the services that the Foundation offers. That same day, in the afternoon, Brother Juan Miguel Anaya presented canonical themes that are sometimes dealt with in the Administrative Units. Tuesday’s work, reflecting on the use of goods, was coordinated by the General Economat’s Office, with Brothers Jorge Gaio, Econome General, and Gregorio Linacero, Assistant Econome General.

On Wednesday, work began on the theme of the Global Family. The dialogue began by mentioning the progress that has been made as an Institute on the journey as a Global Family.  On this day Brothers Ben and Josep Maria, General Councilors presented the Institute’s statistical numbers, thinking about the future of Marist life and mission and how to generate more regional support. The dialogue continued on Thursday, reflecting on the future of the Administrative Units. That afternoon the legal entities, created at the beginning of the year, at the service of the Global Family were presented.

The last work of the week was dedicated to the presentation of 5 projects in which the journey of the Institute as Global Family is evident: Lavalla200>, International Volunteering, Marist District of Asia (Ad Gentes), Solidarity with South Sudan and the Fratelli Project. Brother Valdícer Fachi, CMI director, presented the theme, along with Brothers Luis Carlos Gutiérrez and Óscar Martín.  Brother Goyo Linacero presented the results of the evaluation of the Ad Gentes Project, today the Marist District of Asia.  The Provincials and District Superiors offered their contributions and suggestions for the topics presented.

It was clear that the global family comprises all that is lived in the Institute, but the international and intercultural projects make it more evident that we are moving forward as a global body, which is being built through concrete projects. 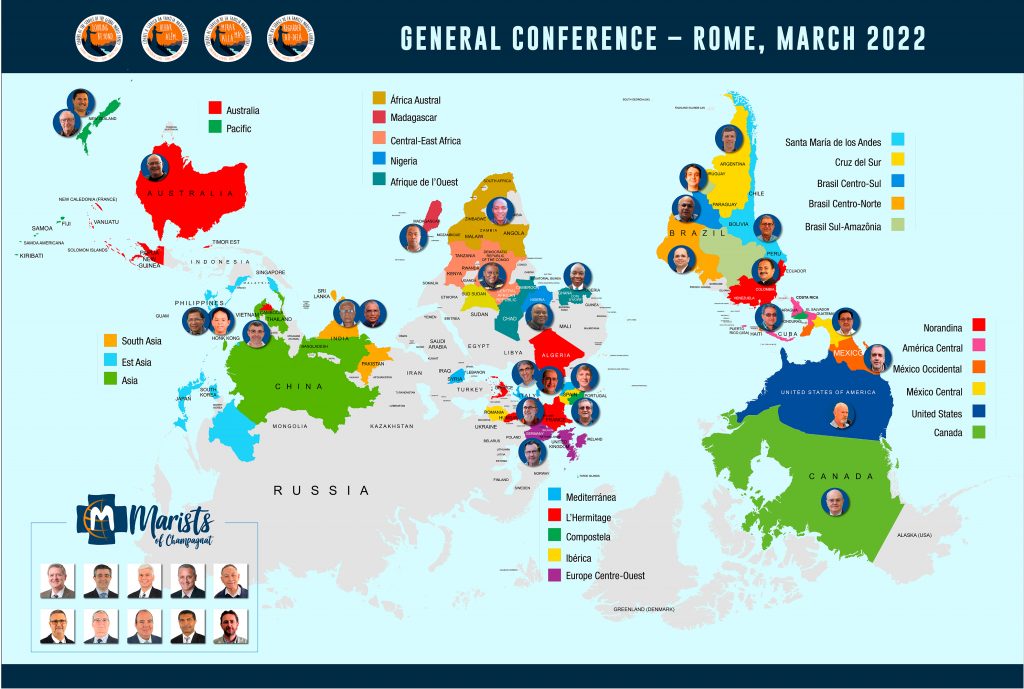