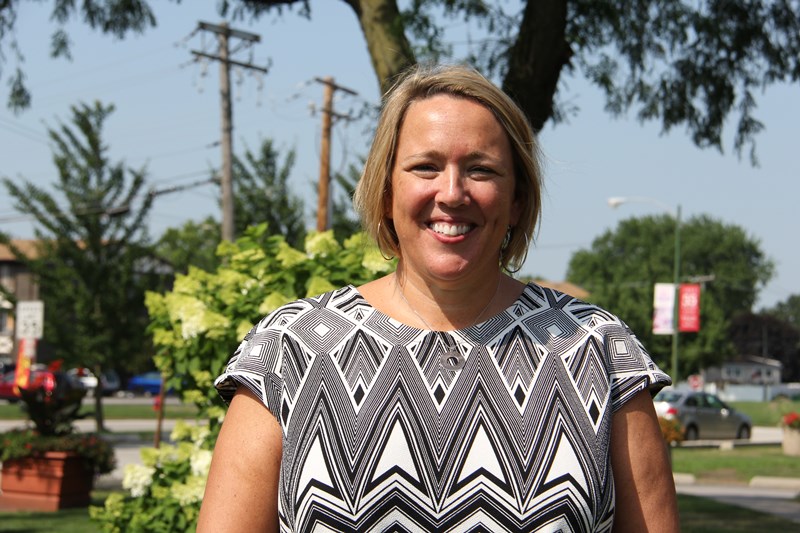 Marist High School Principal Larry Tucker ’79 announced the appointment of Dr. Kathryn (Katie) Baal as the next principal of the school effective July 1, 2020. As principal, she will serve as the chief operating officer with primary responsibility for all matters related to academic programs, student services, faculty, and the daily operations of the school.

“I am humbled to have been named the next principal at Marist, a school that boasts a holistic student experience through spiritual development, rigorous academics, a meaningful co-curricular program, and a loyal community of students, faculty, parents, alumni, and friends,” Dr. Baal said.

“Katie is the optimal person to take on this crucial role,” Principal Larry Tucker said. “Anyone who talks to her will immediately recognize her exceptional understanding of what students need to succeed and her sincere belief in the importance of Catholic education. She’s keenly aware of how to build strategies to reach goals for faculty, students, and programs.” She joined the Marist administrative team in August 2019 as the director of curriculum and instruction, overseeing academic departments to further develop Marist’s student-centered vision for 21st century Catholic education.

Dr. Baal's rich experience in both Catholic and public education positions her well to lead Marist into its next great chapter. She was principal of Loyola Academy in Wilmette, Ill., where she served for seven years. Prior to her tenure there, she served as the science department chair at Downers Grove North High School for seven years, and as a science instructor for eight years at Maine South High School and St. Ignatius College Prep.

Katie Baal's impressive experience matches many of the programs and goals at Marist, including overseeing a 1:1 iPad learning environment, focusing on faculty advancement of instructional practices, and growing student success through data and literacy. She has also managed the transition to a drop cascade bell schedule, which Marist implemented this school year. It features a rotating schedule, longer class periods, and time for advisory periods for students.

Born and raised on the South Side, Dr. Baal knows the fabric of the community Marist serves. “Marist has been a pillar of the area for almost sixty years. Its reputation has been built by passionate teachers, talented students, and dedicated parents and alumni,” she said. “I look forward to becoming more ingrained in the Marist family and sharing its remarkable story with others.”
Katie Baal earned a Masters in Teaching, and an administrative certificate from University of Portland, and her Ph.D. in Educational Leadership and Policy Studies from Loyola University of Chicago. She was a Golden Apple Golder Leadership Award semi-finalist in 2018.