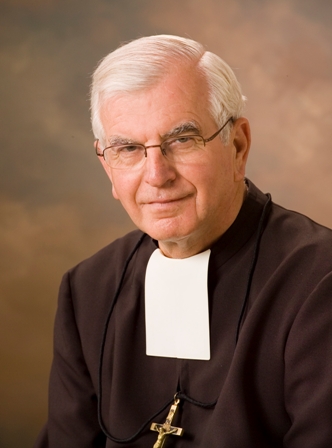 Brother Kevin Handibode, President of Christopher Columbus High School in Miami, was honored by the Miami Heat to mark almost 50 years of service to the students of Columbus and for his 80th birthday, on February 23, in XFINITY East Square.

Brother Kevin was named honorary captain of the Miami Heat basketball Team during half time at the game against the Detroit Pistons.

During the Ceremony, Brother Kevin thanked all those present and he talked about his vocation as a Marist educator: "The most important things are our students. Our mission as Marist Brothers is to make Jesus known and loved, through Christian education. And that is what we try to do every day. And I cannot thank you all enough for all the things that have happened. And for me it is a true honour to have been in the school every year".

Christopher Columbus will celebrate its 60th anniversary in March and it's mission embraces three traditions: the search for academic excellence, the patrimony of Catholic education, and the missionary spirit of the Marist Brothers and Saint Marcellin Champagnat.

The School was founded in 1958, and in 1959, the Marist Brothers assumed the address of the academic center under the direction of Brother Benedict Henry. Little by little the Catholic school began to win prestige and to become famous for its educational and religious level. In 2008, for the fourth time in a row, it was selected as one of the 50 best Catholic High Schools in the United States.  Today, Columbus has an enrollment of approximately 1,700 students and over 15,000 alumni.

Brother Kevin, who also acted as basketball coach, admitted that it is what he most cherishes, besides being Marist: "I love to coach the boys, not only to show them how to play basketball, but also to deal with disappointment, respect, care for others, and unity as a team and a fraternity".