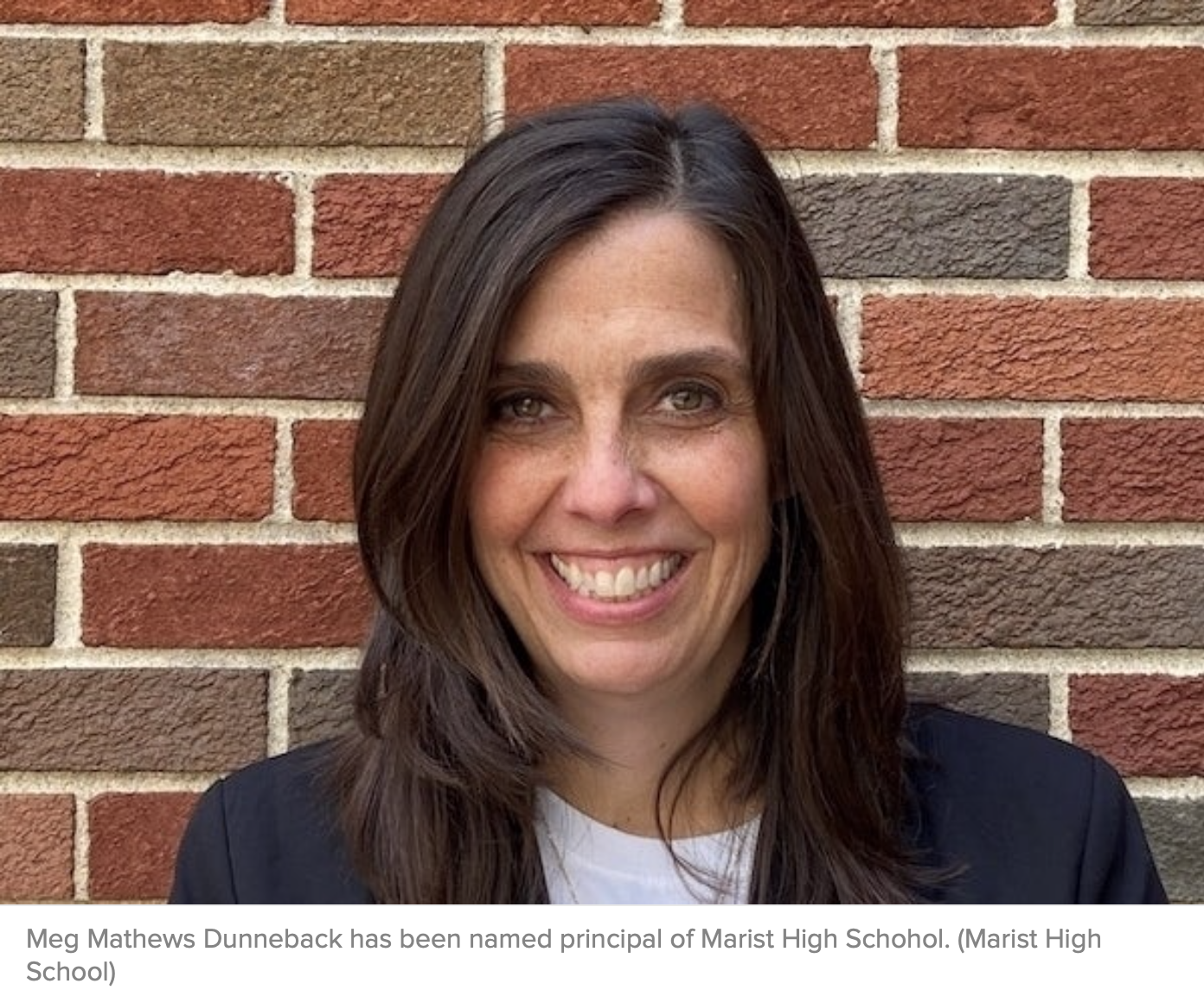 Dunneback taught English at Marist High School from 1995 to 2001. She brings more than 20 years of experience and is an accomplished educator with deep ties to the Marist family and local community. She will assume her new role July 1.

"I am excited to have Meg back at Marist," high school president Larry Tucker '79 said in a news release. "She brings a wealth of experience in different roles and has a true love and appreciation of the Marist family and charism. I know our students and faculty will benefit immensely from her perspective, talents, energy, and the dedication that she will bring our community."

While a teacher at Marist, Dunneback worked closely with the late Br. Vito Aresto, FMS in the formation of the school's Marcellin program. She went on to become a teacher, facilitator, and dean at Richards High School in Oak Lawn. Since 2014, she has served as the assistant principal for curriculum and instruction. During her time at Richards, Dunneback worked on professional development with teachers to enhance today's best practices, impacting diverse learners.

She has previously served on a strategic planning committee for Marist, helping map out future plans for the school.

"I am thrilled and honored to join Marist in this role and with the support of the school community, I am confident that I will be able to make a positive impact in the lives of our Marist students," Dunneback said. "I look forward to helping each member — student, faculty, and staff member — achieve their educational and professional potential. The Richards High School community has helped me grow into the educator I am today, and will always have a place close to my heart."

Dunneback earned a bachelor's degree in English from St. Mary's College in South Bend, Indiana, and a Master of Arts in Administration from Benedictine University in Lisle, Illinois. Dunneback's husband, Jason, is a 1993 Marist graduate. They are current Marist parents.