The Marist community at Roselle Catholic in New Jersey gathered members from many different constituencies to celebrate our 200th anniversary on January 2, 2017.   Faculty and staff retirees from 15 years ago up to those presently employed, parents, current students, recent alums, and friends of RC all came together for prayer in the chapel, followed by lunch.   Miriam Eisenmenger, Director of Guidance at Marist Bayonne, also joined us. 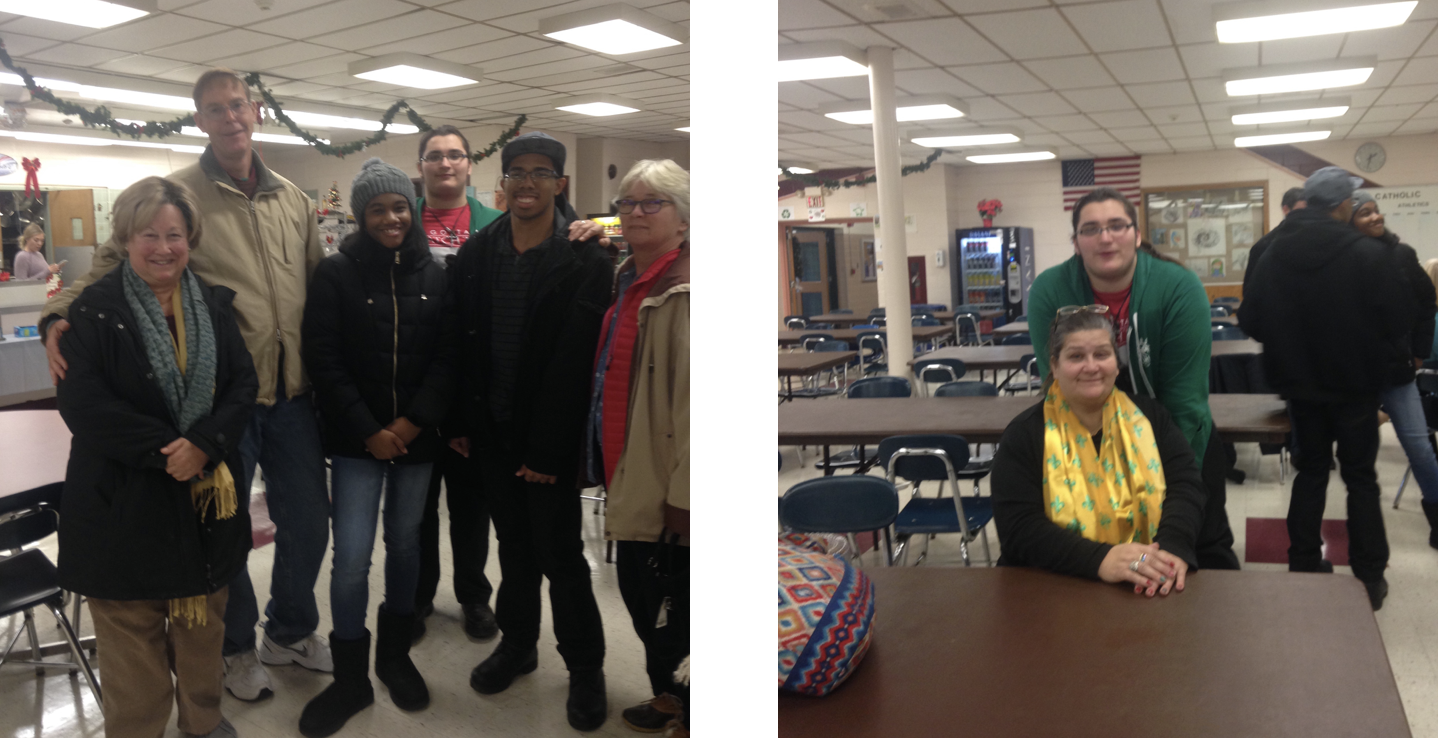 The prayer included time for sharing of our own Marist stories of times when we felt we embraced the Marist charism in our own lives.  With prompts from the posters and quotes put together by Matt Fallon, comments included:

-- The many times we realized, in various situations,  how much of  a family we are, whether that was support in times of trouble, or opportunities such as this, to gather in celebration of all the blessings we share

-- The experience of an Encounter, where we met people from other Marist schools and realized our commonality, encountering God through these relationships

-- Going off to college and meeting new people, and holding on to our “Marist heart”, as we navigate these new waters

-- Having international Marist experiences and realizing we all speak the same language when it comes to kids, service, and the Marist qualities of simplicity, presence, love of work, family, all in the way of Mary.

-- The positive loop of “service – learning - growing in faith” which encourages more service, and all the good that adds to the world.

-- Knowing Marcellin’s story and using it as inspiration for ourselves and for the young people in our lives, living out being Marist, both at RC and also out in the world.

The group included two “Marist” couples – Mike Kennedy, RC grad and now RC faculty member, who met his wife Martha at one of the camps in Esopus, and Matt and Kristina Shipe, who met as students at RC, were both very involved in the Marist youth program, and went on to become Marist educators, Kristina at RC and Matt at Marist Bayonne.

Also present were Marist ‘families” – Maureen and Pat Hagan who became Marist as adults, but whose two children came through the Marist Youth program at RC and still embrace the Marist charism – Tim as teacher and Campus Minister at RC, and Kathleen as a teacher of those with autism and a constant behind- the- scenes helper with many RC Campus Ministry events.  And the Carvalhos, both parents very involved with the RC parent club, with their third child about to graduate – all of whom took part in Campus Ministry even before they became students at RC, and continued well after, as Encounter leaders and supporters of many RC school events.

The day concluded with lunch and socializing in the RC cafeteria, with many expressing gratitude, not only for the day together, but also for the Marist charism in their lives.