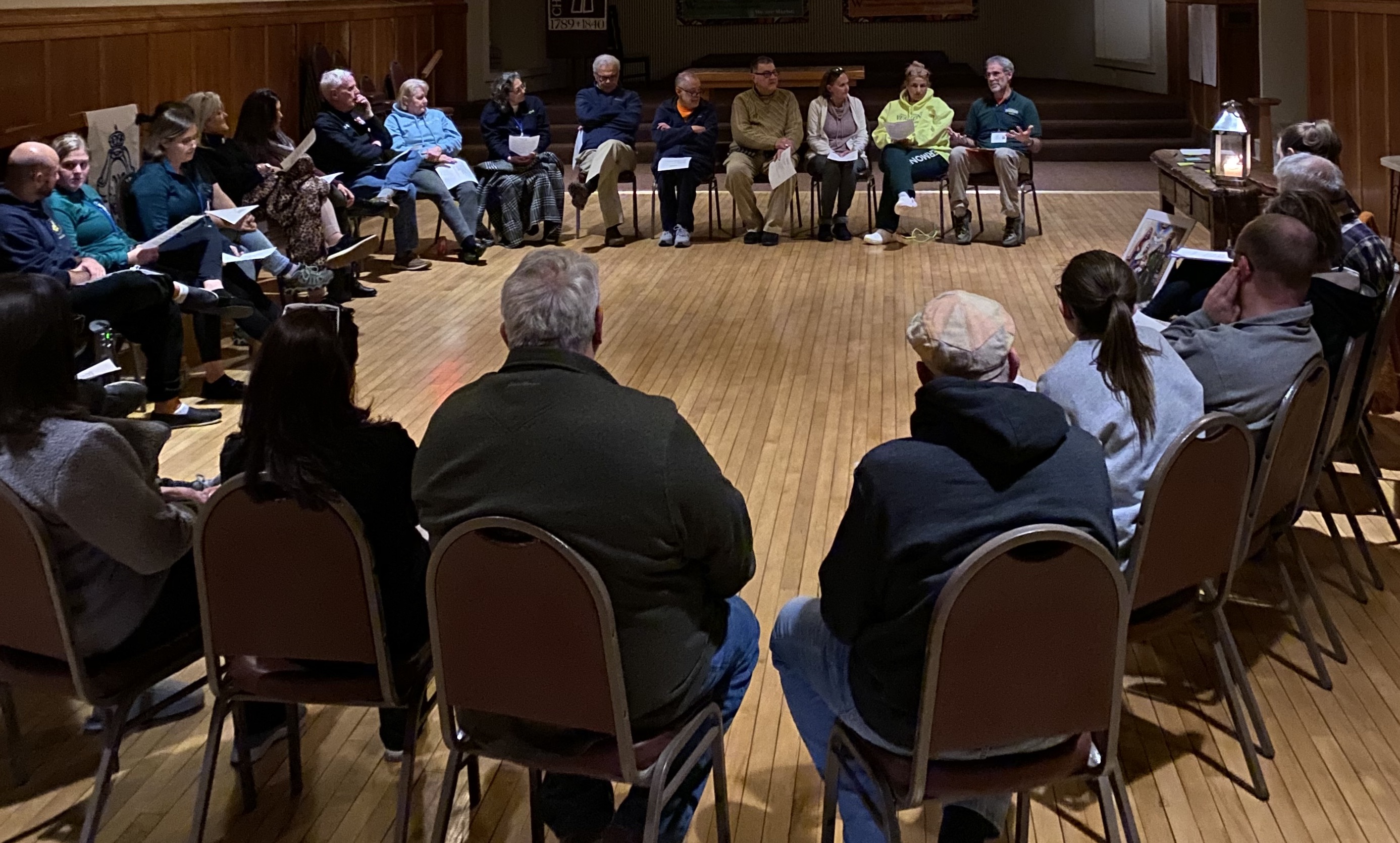 Our Marist schools were well represented this Spring as the campus ministers, liaisons, and religion chairs met in Esopus for the annual Sharing Our Mission (SOM) retreat and work session. The group included Brothers Hank Hammer and Owen Ormsby from the Provincial Council, Br. Brian Poulin of the Vocations Office, the Marist Youth interns - Marissa Berrios and Erin Stapleton, as well as Josh VanCleef and Joy (Ellen VanCleef’s husband and baby). Jane Ann Carvalho also joined to provide massage therapy for those in attendance.

On Saturday, the retreat began with Br. John Healy of Christopher Columbus High school leading the group through a reflection on the Marist virtues of humility, modesty, and simplicity. This continued on Sunday, finishing with a Mass celebrated by Fr. Richard Lamorte. There was added time for reflection and some wonderful sharing.

Dr. Rick Martin, Campus Minister at Marist Eugene, facilitated the topic of “Rebuilding a Retreat Culture in our Schools.” Prior to SOM, surveys had been set out to students in all USA Marist schools and focus groups were conducted on Zoom. These were all designed to find out where students stand regarding attendance at retreats. Rick led the group through an examination of the data and what it can mean moving forward.

The retreat was rounded out with communal prayer, a significant time for quiet reflection and readings from scripture and from Marist documents.

Sharing Our Mission, a retreat designed for the Campus Ministers, Liaisons and Religion Chairs from Marist schools accross the USA, has been conducted for 21 years.