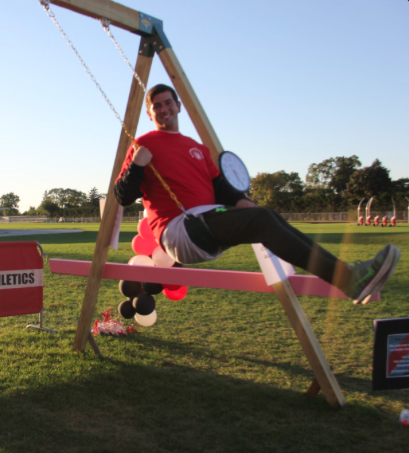 Marist High School-Chicago's campus minister Patrick Meyer broke a world record by swinging on a playground swing at the school for 36 hours straight on October 13 and October 14. Meyer made this bold effort to raise funds and awareness for the Marist National Day of Service. 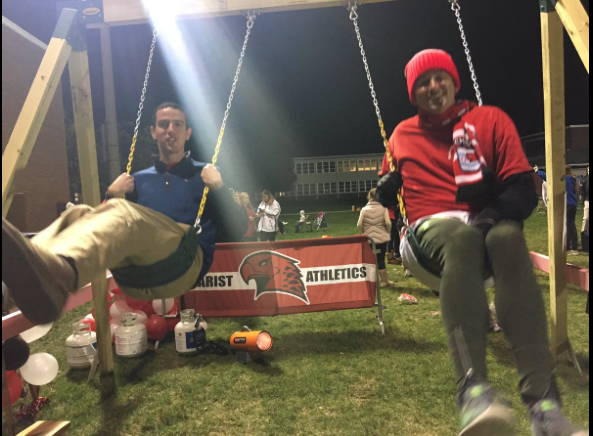 On March 29, 2017, all Marist schools in the United States will participate in community service in honor of the Marist Brothers’ 200th anniversary. At Marist Chicago, the entire junior class will participate in a project on campus with Feed My Starving Children (FMSC). The juniors will be challenged to assemble 100,000 meal packs which will then be delivered by FMSC to children and families throughout the world, including 83 countries with Marist schools and ministries. 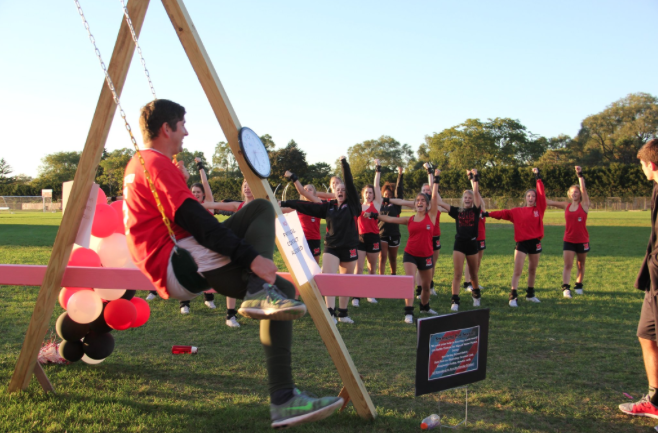 Meyer was inspired to do something himself for the project. He searched through some world records, and thought the swinging challenge was doable, unique, and could be fun for the students and community to rally around. Meyer trained for the event by swinging at local parks. Marist’s chaplain, Deacon Andy Neu ’78, built a two-person swing on campus for the actual event just outside the school’s Red & White Stadium. Prior to starting on October 13, Meyer announced “I am nervous, I just don’t want to let anyone down.” And he sure didn't! Following a review from the Guinness Book of World Records, Patrick Meyer will hold the world record for longest swinging on a playground swing. 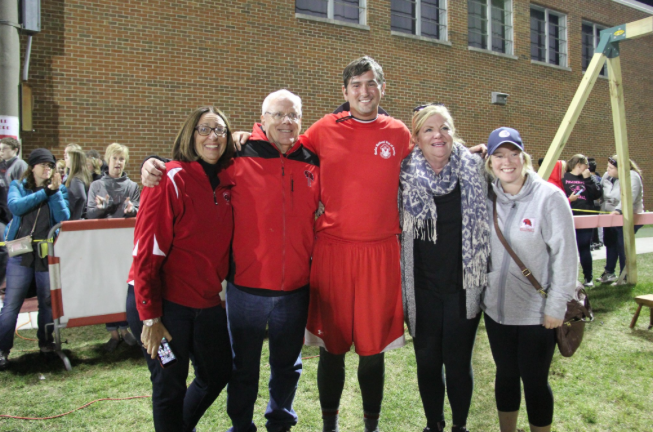