Defend Us in Battle

When I was little, I had the chance to make a couple extended visits to stay with my Grandpa Joe up in Alaska.  This was a special treat for me as a kid, because grandpa had seven dogs, all of which I can still name.  Sam was the oldest, and was relatively civilized because he lived indoors from the very beginning.  The other six came from the same litter, and grandpa basically took them in because nobody else was going to.  Being squarely outnumbered though, he didn’t bother trying to tame them.  Instead he fenced off an area, built a couple miniature barns with lots of hay, and constructed elevated platforms for them to climb on. They were loyal to him and he spoiled them, and that was enough.  That’s not to say there were no problems though—it was my Grandpa Joe who taught me how to break up a dog fight.

According to him, there was really only one rule: you need to be the meanest dog in the fight.  In this case, that doesn’t mean being vicious or malicious, but it does mean forgetting any fear you might have and getting in the thick of it.  Again, he loved those dogs, and he was going to stop them fighting however he could, before one of them got badly hurt.

In the years since, I have been part of breaking up a few fights, some between dogs, and others between people.  I get in there and separate from within, just like grandpa taught me.  I can’t say that I always intervene; sometimes I don’t know the context well enough to trust that my involvement might help.  However, when I know at least one of the parties involved, the desire to protect them from harm has so far always motivated me to action.  Particularly as a Brother, if I’ve got students under my care, I’m going to stick my neck out for them.  I’ve never actually been hurt doing this, though I have had my glasses knocked off my face a couple times.  All this is to say that while I don’t particularly like physical fights, they are not exactly foreign to me.

Verbal battles are another matter.  I admit to sometimes getting drawn into conflicts over stupid trivialities, particularly if I am cranky and underslept.  For the most part though, I try to only risk actual confrontation when I feel there is something larger than my own ego or personal preferences at stake.  For better or worse, there is part of me that is drawn to defending others.  Sometimes I act productively on this impulse, and sometimes I don’t.

Although I generally prefer my saints to be flesh and blood historical figures who leave behind record both of their shortcomings and their holiness, I nonetheless retain an appreciation for St. Michael the Archangel.  This, in spite of my general aversion to the toxic mix of religion and militarism. Often depicted as a warrior in the moment of defeating Satan, St. Michael isn’t important to me because he is a fighter.  He is important to me because we all have fights come our ways sometimes.  Indeed, we may be defined by how we answer the question of which fights we choose and how we decide to conduct ourselves in them. When we ask St. Michael to defend us in battle, part of that should mean asking him to help us choose the right battle at the right time to fight in the right way.  These are incredibly important and incredibly difficult questions that we should try hard to answer reflectively rather than reflexively.

Sometimes the hardest fight may be the struggle to not fight so hard.  Perseverance is a great strength, and without the ability to persevere through difficulty, it is hard to accomplish much of anything valuable. Persevering in everything though would be madness.  Sometimes in our lives we need to make a strategic retreat to recollect ourselves and consider a different way forward.  Sometimes we need to marshal our strength to push ahead.

While life is certainly more than a struggle, all of our lives contain numerous difficulties, with some people getting much more than their fair share.  Whether you believe in angels or not, I encourage you to look to St. Michael as both a symbol of strength and a reminder that at some point, we all face conflict.  May we value justice over victory and find the power that comes from wisdom. 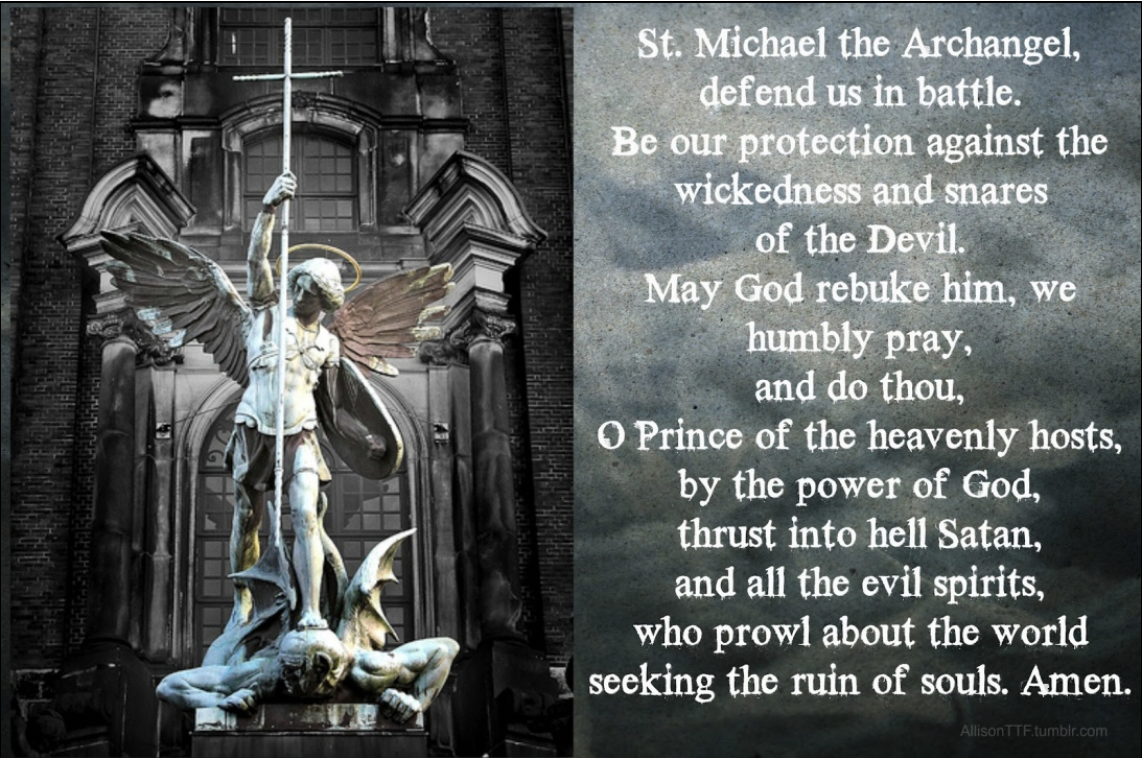 The “ear candy” and “brain food” for this week are closely linked to each other and to this blog post as they both reflect on different kinds of struggle.  The song from Kirk Franklin, particularly when accompanied by the music video, shows how much we can get in the way of our own happiness and how difficult it can be to make changes.  The article from America looks at a very real struggle being undertaken by prisoners—some of our most marginalized outcasts—as they seek recognition of their human dignity in spite of whatever wrongs they may (or may not have) committed.